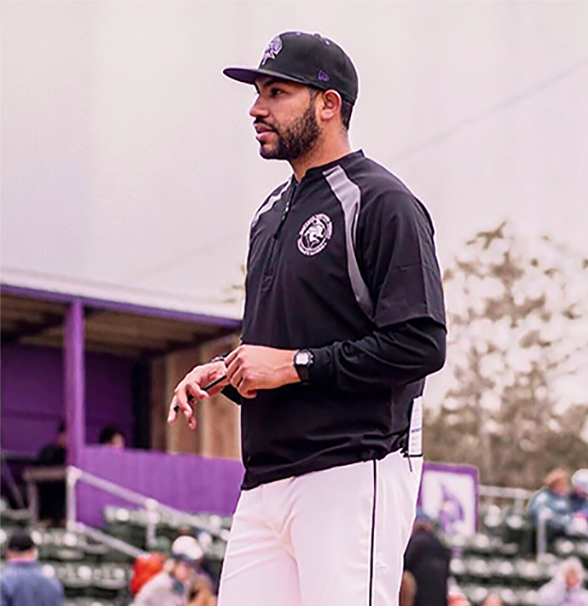 Mendez, who was in his second season with the Sharks, guided the squad into new era, as the franchise competed in the highly competitive NECBL for the first time.

Everything looked to be out of the Sharks' favor at the end of June as the team sat one game under .500. The tides turned in the teams favor in July and Mendez's Sharks rode their hot streak, which featured an 11-game win streak, to the top of the NECBL Southern Division standings. In his first year managing in the New England League, he guided Martha Vineyard to the best regular season record by any team in the league and earned the top seed in the postseason, where it fought valiantly on the way to finishing as the league runner-up in a hotly contested championship series against Keene.

No stranger to winning ways, a year ago, Mendez led the Sharks to a share of the Future's Collegiate Baseball League title.

A regular in summer coaching circles, Mendez earned his first head coaching role with the Seacoast Mavericks of the FCBL in 2017 after helping the squad to its winningest season, 36-18, in the team's history in 2016 as an assistant. That season, Mendez and the Mavericks qualified for the postseason and made a semifinal run.

At the collegiate level, Mendez is currently working alongside Paul Bortolotti at Curry as an assistant coach and returns to the Colonels for his second season in 2020.

Prior to heading to Milton, he coached on Anthony Del Prete's staff and helped the blue-and-gold to its first-ever back-to-back GNAC titles and sixth trip to the NCAA Tournament in 2016, before the Rams' three-peated in 2017 to make a name for themselves on the regional circuit.

Prior to joining the coaching days, which date back to 2013 at MIT with a one-year stint at Northern Essex Community College, Mendez spent four years dealing for the Rams. He earned first-team all-conference honors in the GNAC in 2012, Division III Baseball National Player of the Week in that same season and Suffolk University athlete of the Year accolades a year later. Mendez was also a member of Suffolk's men's basketball team in 2012-13 and served on the NCAA National Student-Athlete Advisory Committee (SAAC) From January 2013 to May 2014.