Suffolk Law Alumna Nominated as US Ambassador to Ireland 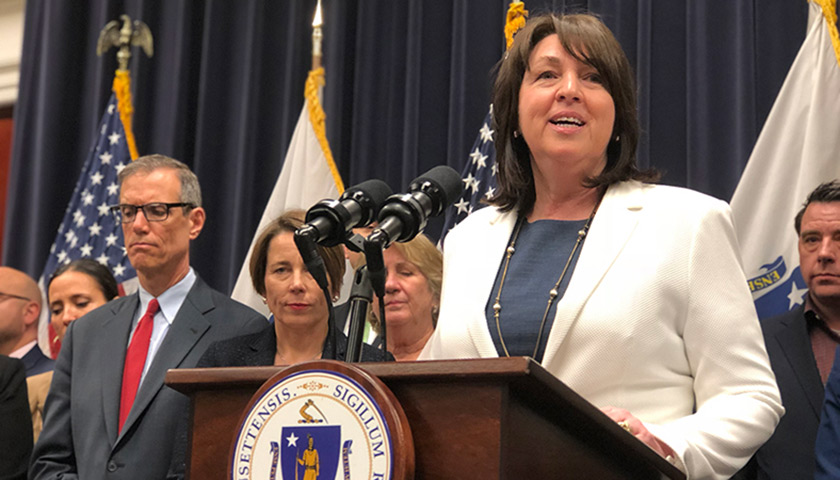 Suffolk University Law School alumna Claire Cronin, currently the No. 2 Democrat in the Massachusetts House of Representatives, is poised to become America’s No. 1 representative to Ireland, following her nomination as ambassador by President Joe Biden.

“I am deeply honored to be nominated by President Biden for ambassador to Ireland, especially given the president’s and my own Irish roots,” she told RTÉ News, Ireland’s largest news broadcaster.

Representative Richard Neal, chair of the U.S. House Ways and Means Committee, told RTÉ that Cronin is a historic figure, “the first woman to serve as majority leader in the Massachusetts legislature, and once confirmed by the Senate, [she] will play a significant role in helping to strengthen the bonds between the United States and Ireland."

First elected to the legislature from the 11th Plymouth District in 2012, Cronin rose to become chair of the Judiciary Committee and later majority leader. In a statement, the White House praised her work as “the architect of significant pieces of legislation, including major criminal justice reform and police reform.”

She actively supported President Biden during the presidential primaries in 2020, officially casting the state’s 11 electoral votes for Biden during the Democratic National Convention, an appearance broadcast to millions of people around the world.

Cronin, who graduated from Suffolk Law in 1985, says she “thoroughly enjoyed” law school, where she served in the Suffolk Defenders clinic. “I received a topnotch legal education, and today many of my friends and colleagues are Suffolk Law alumni. We share a unique bond and love of Suffolk Law.”

Prior to serving in the legislature, Cronin ran her own law practice in Brockton. She has also been affiliated with Commonwealth Mediation and Conciliation, where she arbitrated and mediated cases involving a wide range of issues, including the landmark settlement of the Massachusetts clergy sexual abuse cases.

Suffolk University President Marisa Kelly calls Cronin’s nomination a source of pride for the institution and an outstanding example of the school’s commitment to public and community service. “Majority Leader Cronin has played a critical role serving the people of the Commonwealth, and we are confident the Senate will soon expand that role to the international stage.”