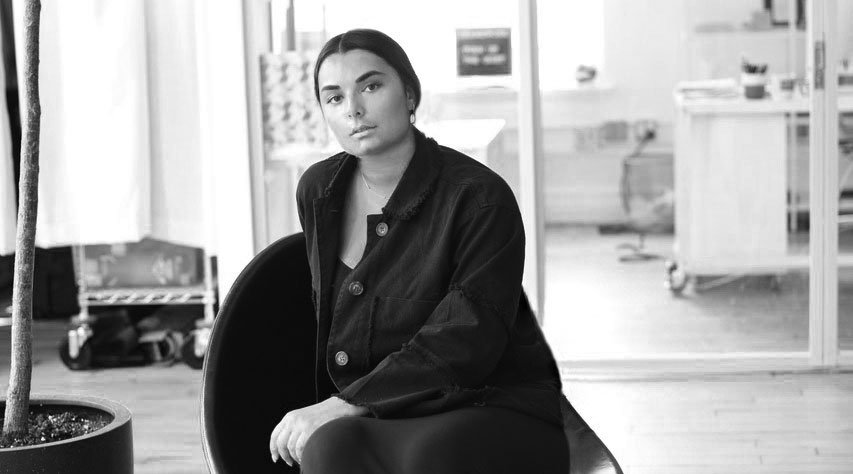 Lauren Nouchi was selling her faux fur coats with a Parisian flair out of a Brooklyn, New York, pop-up shop in early 2018 when a Bloomingdale’s fashion director got word of the brand.

Nouchi, BSBA ’13, and her business partner tried to play it cool. “We didn’t want to look like we were fans,” says the French-born designer and fashion entrepreneur.

The Bloomingdale’s exec bought two pieces of Nouchi’s Apparis brand of vegan affordable outerwear. And then she decided she might like to buy more—as in 5,000 pieces. Nouchi recalls the fashion director’s reaching out via Instagram and writing: “Oh, I love your coats. Where can I find them? And are we going to be able to see your collections for next fall?”

The only problem, says Nouchi: “We didn’t have a full line. We just had two styles in a few different colors.”

Nouchi quickly jumped into design mode. Meanwhile, the Bloomingdale’s inquiry brought a boost of confidence at just the right time and served as a turning point for Apparis. Nouchi and business partner Amelie Brick launched a covert operation to reach every fashion buyer they could think of from their tiny office.

Today, Apparis is an international brand sold in more than 500 stores. If you’ve browsed Bloomingdale’s in the past year, bright faux fur coats or jaunty faux leather trenches from Apparis might have caught your eye. At 29, Lauren Nouchi, a Suffolk alumni 10 Under 10 honoree for 2020-2021, has collaborated with fashion icons such as Diane von Furstenberg. Harper’s Bazaar has called Apparis “the brand to watch.” And Forbes magazine this year named Nouchi to its 30 Under 30: Art & Style list, noting that “she’s challenging the fur industry with her vegan label.”

Apparis’ mission is to change the way people consume fashion. The company’s clothing exchanges what Nouchi describes as toxic, unethical animal farming for more conscious and sustainable practices. From its design process to the factories where materials are sourced to the dyeing of fabrics, Apparis is 100% vegan and cruelty free.

“When we really thought of the business, we felt that we needed to do something that would align with society and the way we are evolving,” Nouchi says. “I just felt this would be more meaningful than just launching another fashion brand.”

Apparis is experimenting with fabrics that feel like cashmere and wool but are plant-based. She hopes to innovate with alternative materials, such as mushroom and pineapple leather, as well.

Apparis’ target consumers—young, well-educated, trend-conscious—generally try to shop ethically. Nouchi says the brand’s customers identify with the idea that vegan fashion, style, quality, and affordability can coexist. “The younger generation, they’re very opinionated,” she says. “They really know what they want, and they want to be more and more involved with brands.”

Nouchi grew up in Marseilles, France, the daughter of boutique owners who sold affordable women’s clothing. She loved attending buying meetings and fashion shows, but she also was intrigued by the logistical side of her parents’ stores. Hoping to study business, she longed to perfect her English and go to college in the United States. She moved across the Atlantic at 17 and eventually made her way to Bunker Hill Community College before transferring to Suffolk, where she majored in global business and marketing at the Sawyer Business School.

As an international student, independent in a new city, her eyes were opened to new people, cultures, and opportunities—all playing a big part in personal growth. “I learned a lot about global business, but it’s really the human experience that I feel really made me more mature and independent and fearless.”

As it turns out, risk-taking is in Nouchi’s DNA.

She recalls Sawyer Business School Executive-in-Residence David Hartstein, cofounder of KaBloom floral stores, asking students: “Who thinks they would be a good entrepreneur?”

While working at Boston’s Louis Vuitton store, Nouchi got a taste for what clicked and what didn’t in U.S. fashion. “Clothing is either overpriced for the quality or very affordable fast fashion,” she says. She saw a missing niche: affordable, high-quality apparel like her parents mailed to her from home (which she’d often resell for a fair price to friends who coveted her wardrobe).

Following graduation, she believed she had landed her dream job as a merchandiser at luxury brand Yves Saint Laurent in Paris. Yet, she longed for something more meaningful, where she could express herself. She vented her frustration over wine with Brick. A few glasses in, they decided to launch Apparis.

“Most times, over wine, those ideas don’t come to fruition,” she says, laughing. “This one did.”

Nouchi’s business risks are paying off. The company recently completed its first round of seed funding, raising $3 million in an effort to refocus strategy on direct-to-consumer sales.

Nouchi says her Suffolk education gave her structure and a sense of deadlines, prioritization, teamwork, and how to best organize her work.

“All the team projects we had at Suffolk, especially in the Business School, also helped me a lot with what I’m doing in my career. If I didn’t go to school as an international student at Suffolk, I honestly don’t think I would be able to do what I am doing right now, which is leading a team of 15 people, running my own [international] business, and taking risks,” she says.

Taking those risks is what made Apparis work.

“For anyone who’s really eager to succeed or to actually build something,” she says, “you have to go through things that don’t work to make it work. And that’s at least my story.”

We felt that we needed to do something that would align with society and the way we are evolving,” 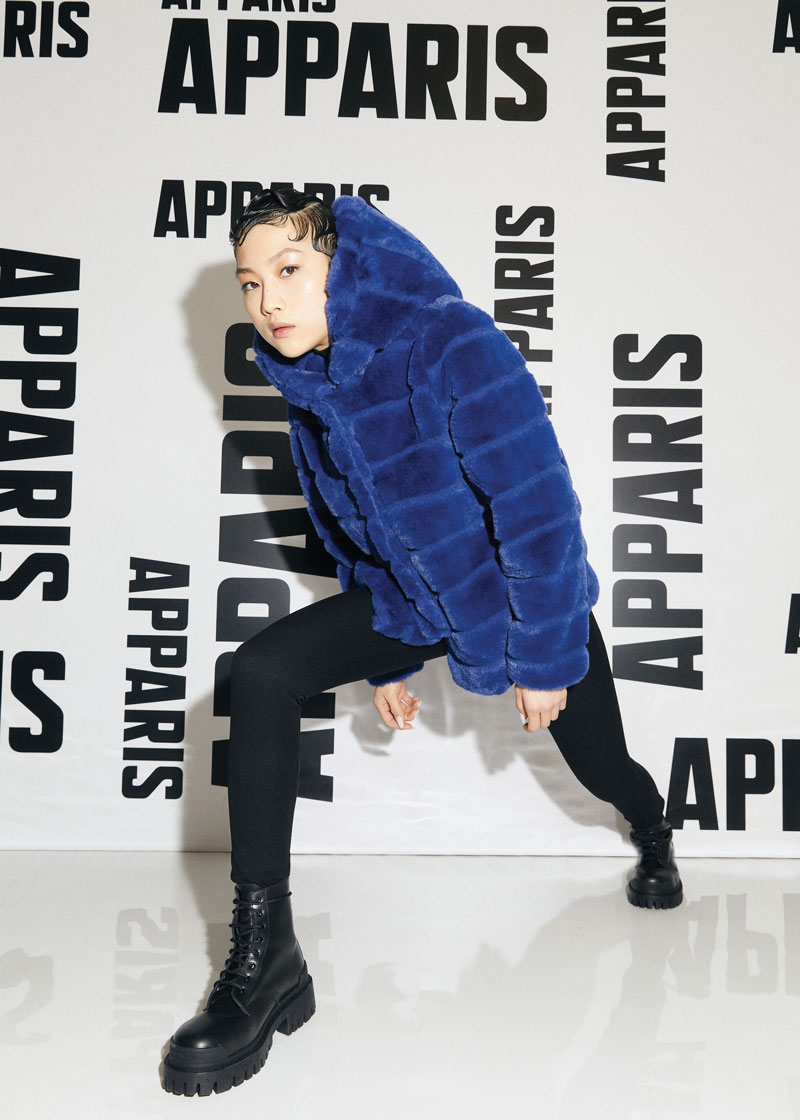 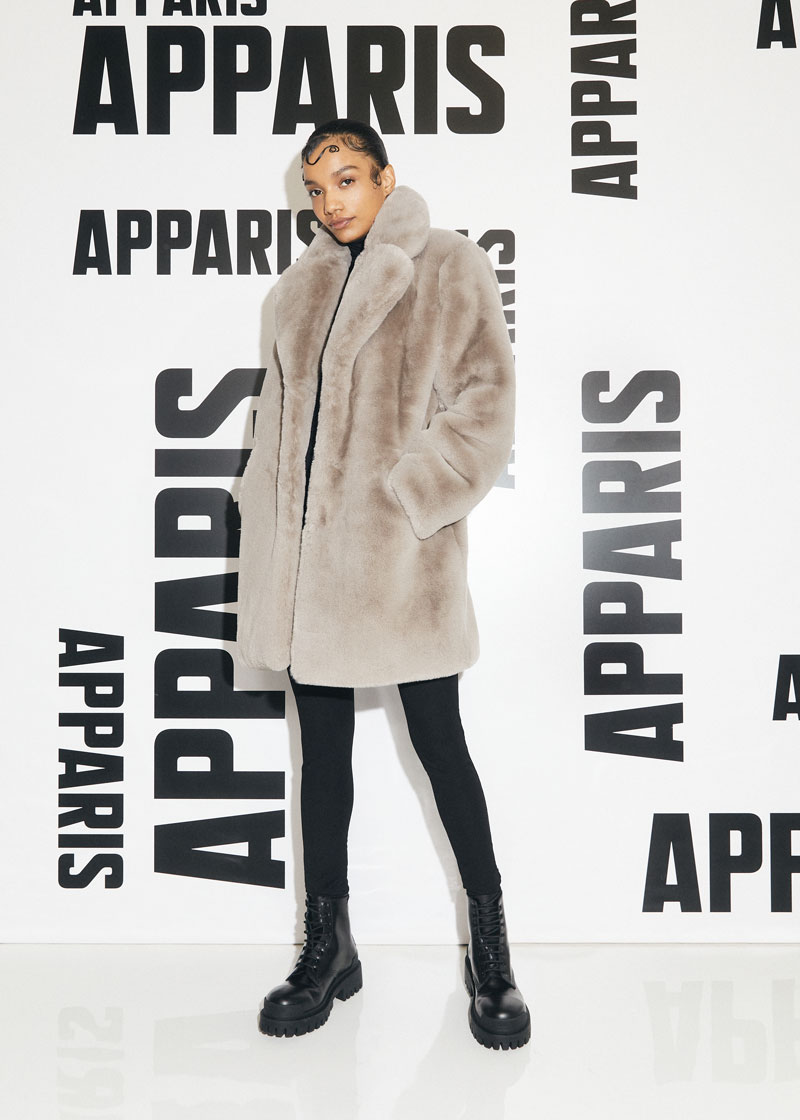