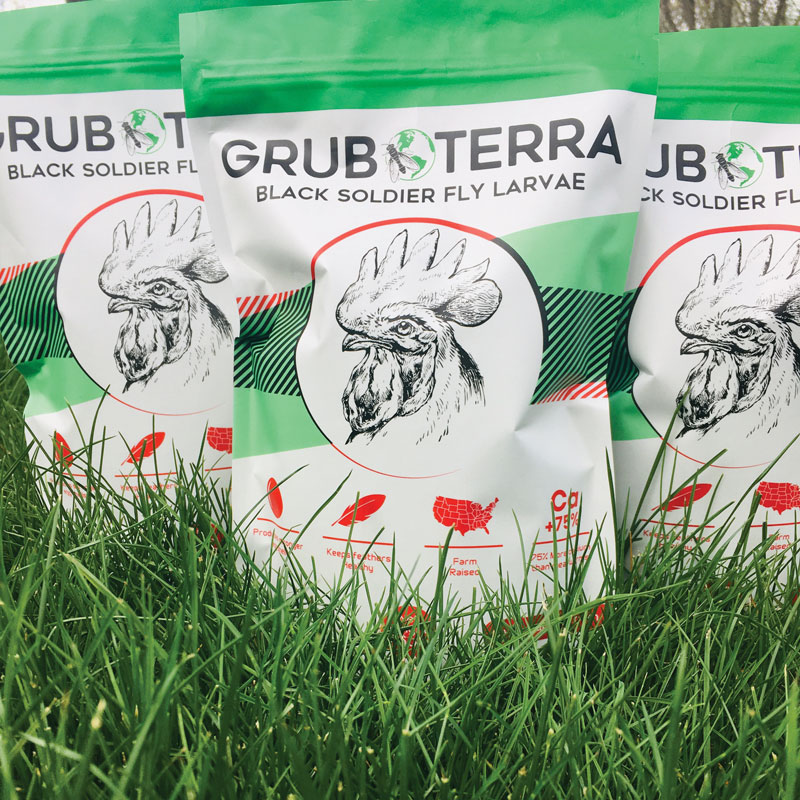 Of the more than 25 business ventures launched in the course via Kickstarter or Indiegogo, one success story is GrubTerra, where founder Michael Servais, Class of 2021, makes bugs seem appealing.

His start-up repurposes restaurant waste into chicken feed using black soldier fly grubs. The insects feast, grow, and self-harvest before being washed, killed, and dehydrated into a protein-packed poultry food product. Servais estimates a pound of dried grub is equivalent to 20 pounds of food waste.

Students in the course learn how to create impactful videos that build affinity with potential investors. In his fundraising video, Servais endearingly pleaded with potential funders to help him move up and out of his Mission Hill basement greenhouse—all while sporting a yellow chicken suit. He met his $10,000 funding goal.

“It’s the jockey, not the horse. You need a founder like Servais who’s willing to dive in and work,” says Chaim Letwin, professor of management and entrepreneurship at Suffolk.

“Crowdfunding is hard. You need credibility to back your idea, influencers to support it, friends and family to get behind it. The class was so helpful,” Servais says.