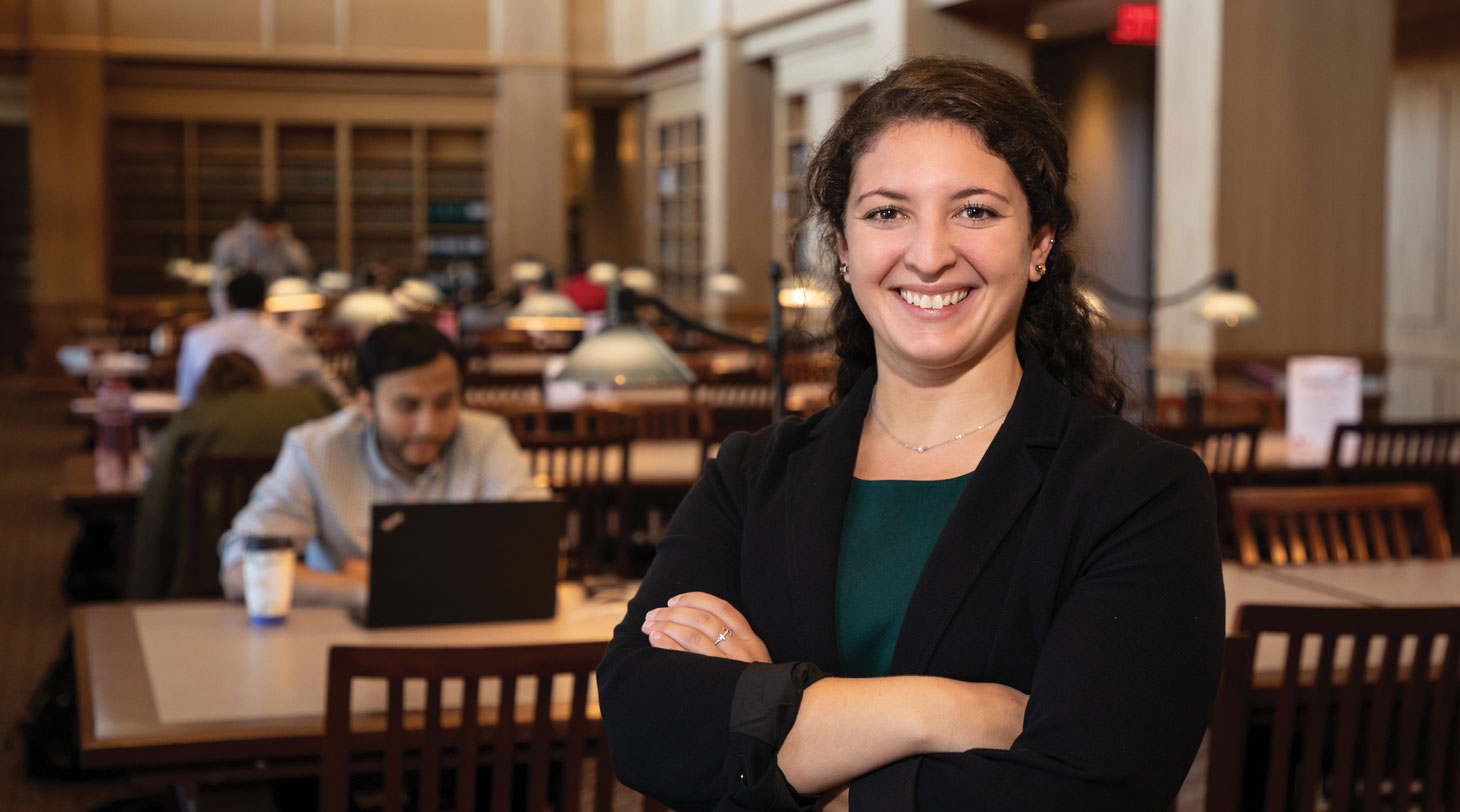 Defense attorneys, especially when they’re handling low-level offenses like small-quantity drug possession and petty theft, often ask judges to divert their clients into social programs—from treatment for drug use disorders to group therapy—so they avoid the scarlet letter of a criminal record.

They do that in part because the effects of a criminal record can be so far-reaching: ineligibility for college scholarships or financial aid, lost opportunities for employment, and denials for private and public housing.

While working in Suffolk’s Juvenile Defender Clinic, Nicole Siino, JD ’18, saw how difficult it was to quickly find her clients a spot in treatment or job programs before they were arraigned—and her student colleagues and public defenders shared the same concern.

“I sat in court and listened to judges, attorneys, and probation officers talk about dozens of programs designed to help juveniles succeed and discovered that there was no master list of community-based resources. No place to go to do a comprehensive search where you could learn about programs and determine if they had openings,” she says.

The idea that young people would lose an opportunity for professional help and a shot at redemption largely because lawyers and social workers didn’t have a basic web resource seemed wrong. So she built one.

Today, Massachusetts attorneys (and anyone else, for that matter) can check the app on their phones from a courtroom.

There could have been a thousand excuses why Siino might never have undertaken such an effort: the academic grind of law school, potential bureaucratic hurdles among service providers, lack of money and technical resources to maintain a web app after her graduation, and—one small hiccup—she didn’t know how to build a web app. So, how did she pull it off?

In her third year, Siino was taking classes in the Law School’s Legal Innovation and Technology, or LIT, concentration and serving as an innovation fellow in the Juvenile Defender Clinic. That meant she needed to marry her interest in juvenile defense with some kind of practical tech, data, or process improvement to help the clinic work better.

She turned to David Colarusso, clinical fellow and director of the LIT Lab. With Colarusso’s guidance, she built a rough version of the app that she shared with students, attorneys, and social workers. They offered tweaks and applause.

Siino’s experience is one shared by many other tech and innovation students at the Law School. Like her, they faced their fear of coding and turned to Suffolk faculty and staff for guidance. They, too, built apps to walk people step-by-step through practical needs such as writing and printing a consumer protection letter or creating a parenting plan for divorcing couples.

Asking the state to help

“One of the biggest challenges for law students’ tech projects is how you keep the project running after you finish school,” Siino says. As an American Bar Association Center for Innovation NextGen Fellow, Siino was able to attend many conferences at Suffolk following graduation, allowing her to continue to work on and upgrade her app.

In 2019, Siino presented her app at Suffolk’s LITCon—a gathering for socially minded techies, government employees, academics, and legal tech entrepreneurs who want to increase access to justice. After hearing Siino’s talk, a leader at the state’s public defender office showed interest in joining forces and increasing the app’s reach beyond Boston. The public defenders office is working with the Law School on a formal agreement. Meanwhile, Project Tubman, an organization working on an artificial intelligence public defender tool, is providing ongoing technical support.

“If you think about the impact of avoiding a criminal record, it’s monumental,” says Colarusso. “Nicole was willing to take a creative approach, learn a new skill, and never gave up along the way.”