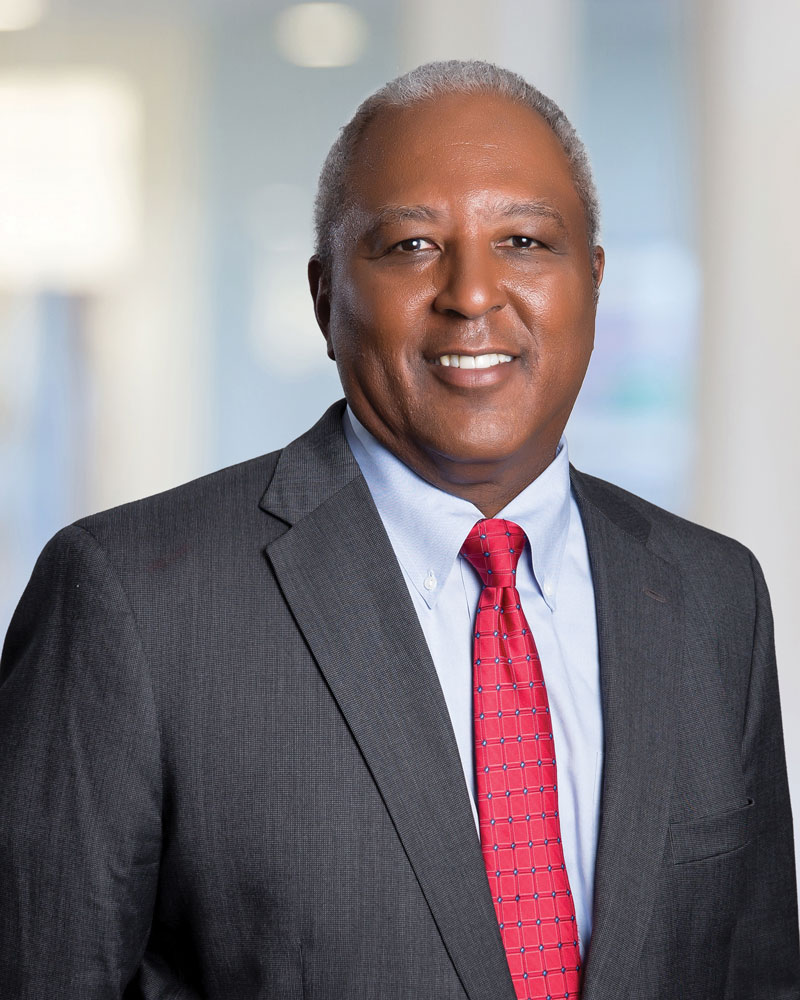 It’s time to bring Black history into the mainstream of American education, says Suffolk University Trustee E. Macey Russell, who is advocating for a national movement that would transform a tame February curriculum addendum to a strong examination of the Black experience in America since 1619. History lessons that address America’s fraught relationship with race tend to focus on slavery in the context of the Civil War and the civil rights movement. But American schools neglect to address signal events such as the post-Reconstruction massacres of Black citizens in Tulsa. Students don’t hear about the African American lives lost in 1927 when Mississippi River levees were dynamited to spare New Orleans from flooding, spurring the Great Migration. Nor do the history books address how discrimination in housing, employment, and education led to a society where an average white family’s net worth is nearly 10 times that of a Black family.

Russell, JD ’83, seeks federal legislation—the George Floyd Education Act—establishing a commission to determine an appropriate K through 12 Black history curriculum. Schools would make courses on racism and Black history part of the core curriculum, and colleges and universities would follow suit. In an era when the call has gone out to “do something,” Russell invites Suffolk alumni to join him in advocating for Black history education.

A need for context

Following the 2020 police killings of George Floyd and others, protesters across the nation are standing up for the rights of Black Americans. Yet many people don’t understand how America came to this juncture, says Russell. The myth of a post-racial society ushered in with the election of President Barack Obama has died, and “the kids out marching are confounded about what’s happened,” says Russell.

Because young Black and Brown students are not taught their history, they often feel isolated in U.S. society, according to Russell.

“Learning this history helps Black Americans understand their heritage and how they are connected to this country,” he says. “We have been here for 400 years, and there is something wrong when folks who arrived 120 years ago feel more connected than Black Americans. Rarely do we stop and ask: Why is there a Negro National Anthem in this country, and why was the civil rights movement necessary?”

Empathy based on facts

Russell, a partner at Choate Hall & Stewart LLP, is deeply involved with encouraging diversity in the legal profession.

“I’ve learned from these experiences that you have to find trigger points that generate empathy in people, and that usually has to come from a baseline of facts and what can reasonably be inferred from those facts,” he says.

“Until people begin to understand our history, it may be hard for them to understand why African Americans are where they are today. It’s not because we all checked a box before we were born that said: I want to be poor. I want to have the worst possible public education. I want to be fearful of police, and I want to be discriminated against in housing and education. Nobody checks those boxes. Yet there’s always been an undercurrent that we don’t work hard enough.”

Russell’s commitment to Black history education stems in part from his learning about the historical mistreatment of indigenous people and others.

“There are a lot of things that we don’t understand partly because of a lack of exposure,” says Russell, citing Germany’s requirement that high school students study Nazism and the Holocaust. “We should follow Germany’s lead as a way to heal.”

Says Russell: “If learning about Black history and racism in the U.S. becomes part of our daily dialogue in the schools, that will trickle into the minds of parents, into neighborhoods, and into communities. And I think that would be a good thing. We owe it to our kids and grandkids, so they can grow up in a very different America.”