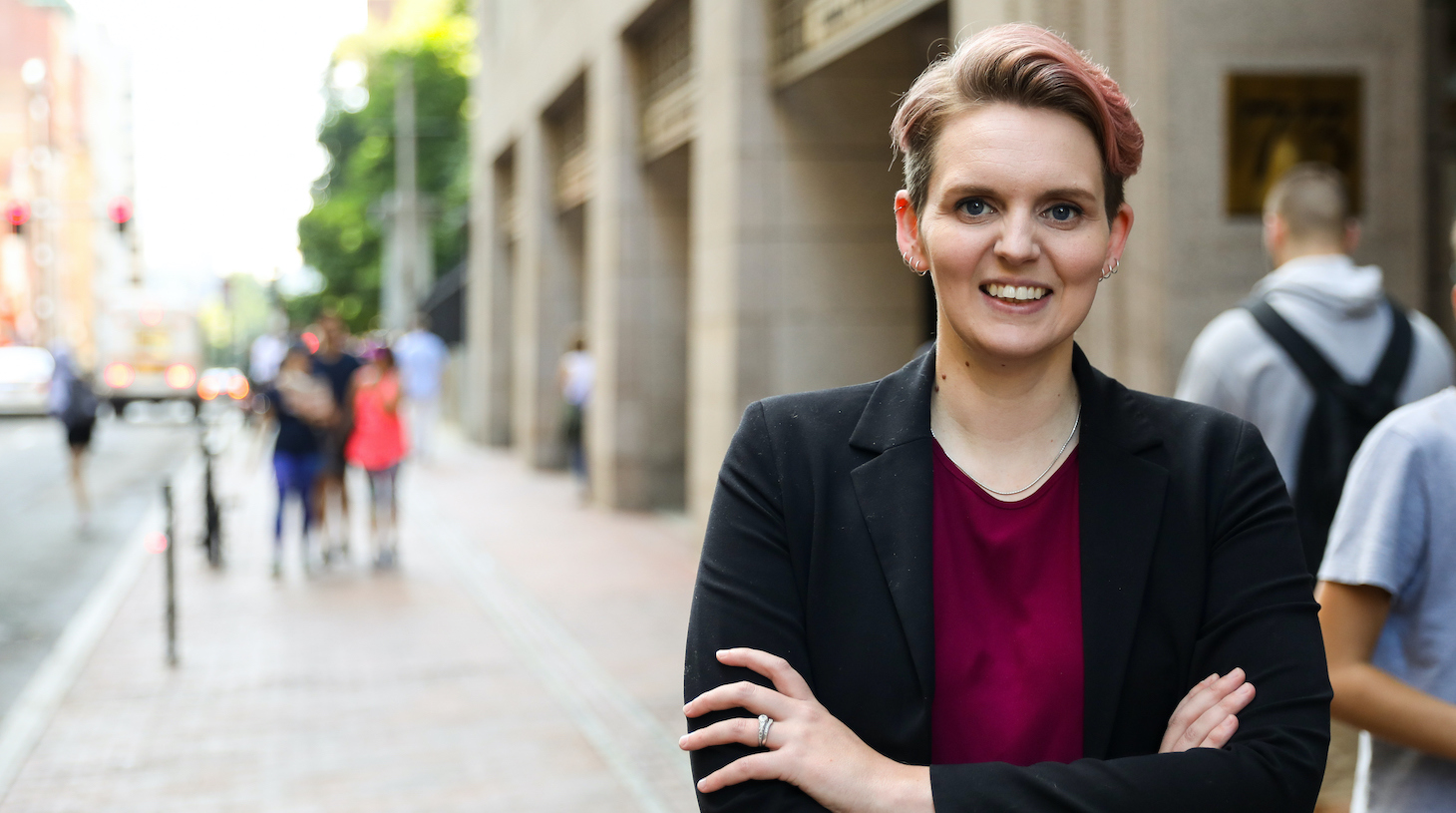 “I wanted to make a difference,” says Stone, assistant professor of sociology and director of the Crime and Justice Studies program.

So did the Robert Wood Johnson Foundation. The foundation, which focuses on healthcare issues, including substance use disorders, named Stone a fellow in its Interdisciplinary Research Leaders program and awarded her team a $350,000 research grant.

In early 2019, Stone and two colleagues set out to identify the barriers that were keeping Vermont women from seeking treatment. Last fall, they published their findings in the Journal of Rural Health. The article’s haunting title—“He Would Take My Shoes and All the Baby’s Warm Winter Gear So We Couldn’t Leave”—illustrates just how hard it can be for some women to receive the care they need. The article also outlines encouraging new steps that states like Vermont are taking to close gaps in services and treatment options.

“Our research has had such an exciting ripple effect,” Stone says, “especially on the many new connections that have been made between people in Vermont who are working on these issues. This is huge, because it builds community capacity.”

The numbers associated with those issues are alarming. According to the Centers for Disease Control and Prevention, more than 81,000 people died from drug overdoses in the U.S. in the 12-month period ending in June 2020. That’s a 20% increase from the previous year, and the highest annual number of fatal overdoses ever recorded in the United States.

The CDC also reports that 1 in 4 women and nearly 1 in 10 men have experienced some form of violence or stalking by an intimate partner during their lifetime.

The impact of isolation


Stone and her team began their research by conducting in-depth interviews with 33 rural residents who experienced both opioid use disorder and intimate partner violence. The goal was to hear directly about the challenges they faced and to identify steps that could be taken to improve health and safety outcomes in rural communities.

As the team analyzed the data, the barriers to treatment became clear: geographic isolation and transportation difficulties; services that were difficult to access or didn’t coordinate substance use treatment with domestic violence support; social isolation; and stigma.

The next step was to bring this information back to the community and try to identify possible interventions. In October 2019, Stone and her research team hosted an all-day brainstorming event for about three dozen human services professionals in Montpelier, the state capital.

That session produced a breakthrough idea: develop a cross-training event at which providers who work with people experiencing substance use disorder and those who work with partner violence survivors could be trained in each other’s field of expertise. That idea became a reality in February 2021, when Stone and her team welcomed 20 peer recovery coaches and 20 survivor advocates for a one-day cross-training program.

“It was wonderful to work with people who are so passionate and care so deeply about their fellow Vermonters,” Stone says. “I heard that many of them are staying in touch and continuing to work together.”

Stone plans to share the results of her research in an open-access report with community partners and participants so they can use the information to improve their services. She also is pursuing other funding opportunities to scale up training and conduct more research.

“There is still so much more work to be done,” Stone says.