Leaves no stone unturned in his search to buy a business

Shaun Stimpson has a list of 29,000 owners of industrial equipment and machinery distribution companies around the country—and a plan to call every one of them.

Stimpson, BSBA ’05, is looking to buy a business, and he’s not averse to doing a little legwork to find the right one.

In his case, “a little” means 200-plus already completed Zoom meetings with business brokers, investment bankers, private equity executives, certified public accountants, attorneys, and other industry execs. He’s developed a multi-pronged plan that provides for a two-year search; financial, legal, and operational due diligence; and a leadership transition. He’s put together a team of trusted advisors and brought in an investment partner to help fund a purchase.

He’s read books and white papers on the increasingly popular entrepreneurship-through- acquisition niche. He’s spoken with about 100 people who have searched for and acquired (or failed to acquire) a business. And, of course, there are those 29,000 phone calls to business owners, which he methodically started making in June.

“My wife and I joke that I could find the right business on the first day, so all this other stuff I’m doing could be all for nothing,” says Stimpson, a former managing director at Bank of America Private Bank who left a successful career in wealth management to pursue this dream. “But at the same time, I’m not going to take any chances. I’m looking for one company, and who knows where that company is going to be. I’m certainly not going to leave any stone unturned.”

Champion of the cold call

About a month after graduating with a finance degree from Suffolk’s Sawyer Business School, Stimpson landed a job as a financial advisor with Merrill Lynch’s Global Private Client Group in Rockland, Massachusetts.

“They gave me a computer, a phone, a desk, and said, ‘Go build your business,’” Stimpson remembers.

He set a goal of securing two meetings a week with potential clients. To do it, he made 200 calls a day, every day. “I would literally make 1,000 phone calls a week,” Stimpson says. “About 100 people would listen to my spiel. And then they’d tell me to go [expletive].”

None of this came easy.

“I was always a pretty shy kid growing up,” he says. “Not to get too personal, but for me it was very uncomfortable to cold-email or to cold-call people.”

“One thing I knew when I first got into that business is that I had to learn from the people that did it before me,” Stimpson says. “Every person who was successful built their business around cold-calling. I knew people would hang up on me, scream at me. I knew if I endured that pain, endured that discomfort, I was one of these guys that could become really successful.”

He credits his Suffolk University experience with teaching him the value of pushing past his discomfort and building a network. “I just figured out that if I was going to be successful, it would be from getting out and meeting people,” he says.

Stimpson recalls meeting alumni in the Sawyer Business School’s honors programs, classes, panel discussions, and networking events: “I would see a lot of the same faces, but also new faces, and it got me comfortable with networking and meeting new people. For me, those things were invaluable.”

In his first three years at Merrill, he built a successful practice, with more than $37 million in assets under management. In 2008, he moved to Morgan Stanley where he rose through the management ranks, helping others start their practices. He then joined Bank of America Private Bank (formerly U.S. Trust), and in 2019 launched the firm’s office in Buffalo, New York. He successfully developed a new upstate New York market, living mostly out of a hotel room and away from his wife and family back in Massachusetts.

Just before the start of the pandemic, Stimpson returned to his old Merrill Lynch office to do some work around Christmas.

Recalls Stimpson, “This one guy who I hadn’t seen in 13 or 14 years comes over and says to his assistant, ‘Hey, do you know who this guy is? He’s the best cold caller I have ever heard in my life, and now he’s a managing director at Bank of America Private Bank. I used to listen to him get hung up on all day outside of my office.’”

Stimpson’s career at Bank of America was flourishing and lucrative. But it wasn’t about the money. He yearned for the challenge and excitement of owning something and growing it—the challenge of being an entrepreneur. So in April 2021, he walked away from his job and, with an investor’s backing, set out to buy a business.

Working out of a home office (which doubles as a guest bedroom), a bespectacled Stimpson now skips the suit and tie in favor of a polo shirt. His even-keeled, soft-spoken approach belies a discipline and drive that have awed friends, colleagues, and advisors.

“His work ethic, attention to detail, the way that he does things is just unbelievable,” says Lee Melchionni, who runs a litigation finance fund, worked for Stimpson at U.S. Trust, and now advises him. Melchionni knows a bit about work ethic, having played forward for the Duke University NCAA men’s basketball team in the early 2000s. “Shaun is just absolutely relentless and has an incredible grit about him.”

His career has taught Stimpson how to feel at ease with people who are wealthy, in some cases wealthy beyond imagination. But he does not come from that background. He grew up in Bridgewater, Massachusetts, in a single-parent, middle-class household, and was the first in his family to attend college.

He started his college career at Bryant University in Smithfield, Rhode Island, before transferring to UMass Amherst for two years. Lacking guidance and direction, he dropped out. He worked full-time for three years and hit a ceiling.

Then he enrolled at Suffolk.

There, Stimpson built strong connections with Sawyer Business School faculty members, staff, and other students—people who were more than willing to spend time with him and help in any way they could. He also appreciated that many faculty members had business experience. “I remember a managerial accounting professor who used to be an accountant for GM, and the whole class was all related to producing cars,” he recalls. “It was real-world experience brought to life.”

Today, Stimpson makes a point of giving back, in both time and treasure. One of the youngest members of the Sawyer Business School Dean’s Cabinet, he frequently participates in Business School panel discussions, presentations, and case studies. “It all goes back to the experience I had when I was a student here and all the people who helped me get through my degree,” he says. “Since then, I’ve always felt so connected to the University.”

The idea of nurturing matters to Stimpson. He has no interest in buying and gutting a business, as is frequently the case with private equity investors. He’s looking for an opportunity where he can bring his experience to bear in growing a company, add value, and continue the legacy the founder put in place.

“Shaun is a doer. He’s always had that entrepreneurial spirit of running something,” says Robert Wolf, former chair and CEO of UBS Americas, who met Stimpson when he was at U.S. Trust.

When Stimpson started talking about buying a family-run industrial business, Wolf thought it made good sense and came on board as the investment partner. Many of those businesses have been hurting since the pandemic, Wolf says. “I think it’s made family and legacy-type business founders rethink their own timetables. They want to make sure that when they do exit, they have the right handoff”—if not to a family member, then to a trusted buyer who won’t try to outmaneuver them.

Not only does Stimpson have a good head for business, says Wolf, he’s also “a good-hearted person. I think he’ll be able to find some family legacy business where the founder says, ‘Here’s a guy I’m proud to have take my company to the next phase.”

The importance of legacy to business owners is often underestimated, adds John Hallal, who advises founder-led businesses looking to sell, and is one of Stimpson’s advisors and mentors.

“You need to be able to sit with a business owner and show credibility—that you can maintain and grow that legacy,” Hallal says. “So the most important thing is to be relational and connect on a business and a personal level, and Shaun has that in spades. Look at what he does. He built a very successful wealth management practice. That demands trust.”

Hallal says most searches for businesses fail. It can be hard for both sides to agree on valuation and make it through the due diligence process, when skeletons in the closet are frequently revealed.

But Hallal predicts Stimpson will be successful. “I’m advising him, so I’m a little biased,” he says. “It might take a year or two, but I would bet on him.”

Meanwhile, Stimpson will keep turning over stones until he finds the diamond. “I’m throwing everything I can at this, and the kitchen sink,” he says. “I don’t want any excuses as to why I don’t find the right business.” 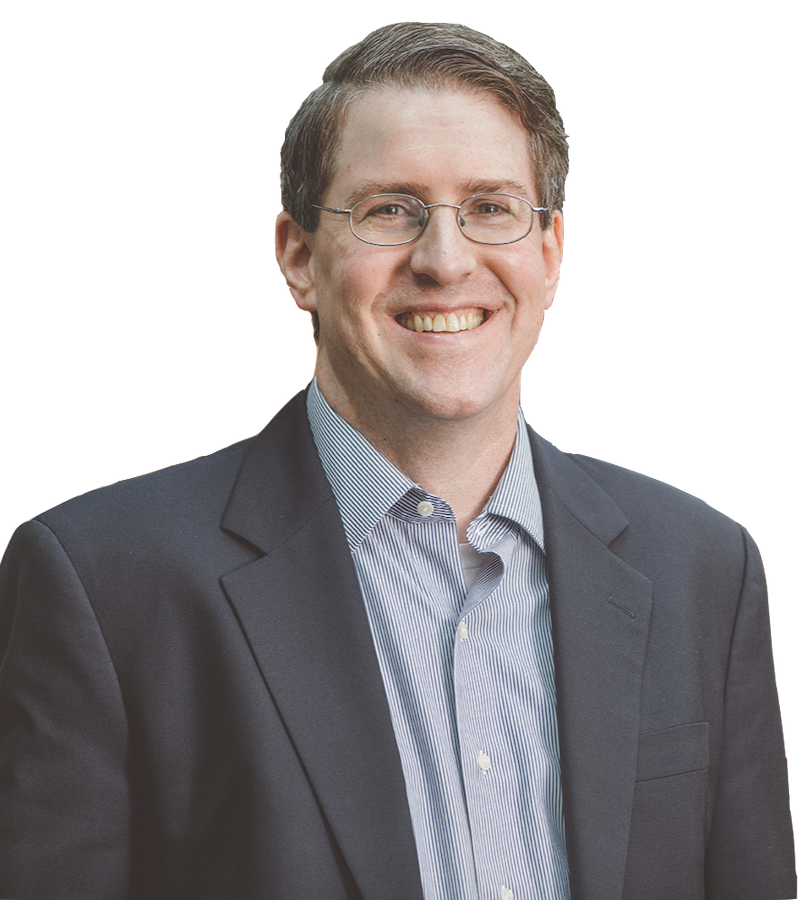