COVID-19 exposed deep health disparities in the U.S. and around the world. As Google’s chief health officer, Dr. Karen DeSalvo, BA ’88, HDHL ’10, HDCS ’21, is working to close them.

Over three decades, Karen DeSalvo, BA ’88, HDHL ’10, HDCS ’21, had developed an exceptionally well-rounded résumé working in healthcare and medicine—in the field, as a professor, and in policy. She served as New Orleans health commissioner in the wake of Hurricane Katrina. She’d been a faculty member at the Tulane School of Medicine, where she had earned her M.D., and at Dell Medical School at the University of Texas, Austin. She’d worked as acting assistant secretary for health and as the national coordinator for health information technology at the U.S. Department of Health and Human Services in the Obama administration.

DeSalvo knew about healthcare delivery and information distribution from all sides. But nothing, not even Hurricane Katrina, could have prepared her for the storm that broke in March 2020.

DeSalvo was barely three months into her role as Google’s inaugural chief health officer when COVID-19 struck. She had been hired to advise the company as it expanded its efforts into health information. Now, she was charged with helping to shape one of the most important messaging tools of the pandemic, determining how its users got their information—and what information they got.

Google was already a lifeline for people looking for health information—whether through its search engine, Google Maps, or YouTube—but COVID-19 multiplied those queries exponentially. Information had to be easy to access, up to date, and accurate—a tall order in an online world chock-full of misinformation. “I knew right away that it wasn’t enough to have an amplified message,” says DeSalvo. To really tackle COVID-19, the company needed “a unified message.” 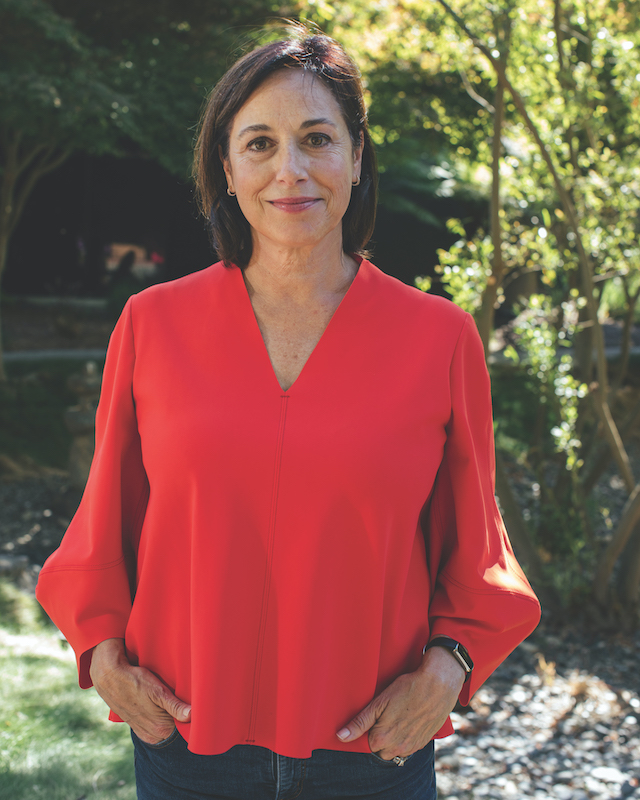 The first thing you build is trust

As DeSalvo and her team considered how to respond to the pandemic, she knew that all the digital tools in the world wouldn’t matter if they didn’t have the trust of the people they most wanted to use them. Understanding what people needed from its health technology division, Google Health, first required recognizing that “people’s lives are complicated and not everyone wants or needs to receive a message from the same person or in the same way,” says DeSalvo. “It required acknowledging that trust is earned.”

That meant exploring partnerships with channels, brands, and organizations to broaden the pathways for messaging. Crucially, it also meant being transparent with users about how their data was being used; hosting listening sessions to learn how they thought tech could be helpful on their health journeys; and helping them feel in control of how and from whom they get their information. Google invested nearly a billion dollars to help achieve that goal.

Out of the more than 200 products and features DeSalvo and the Google team developed, one was a contact tracing collaboration with Apple, using Bluetooth technology and exposure notification apps to alert users if they’d had contact with someone who’d tested positive for the coronavirus.

The teams leveraged Google’s tech with a data project called Community Mobility Reports, which provides insights to scientists and medical and public health officials to help them understand the link between symptom-related searches and the spread of COVID. They also worked with the World Health Organization and the Centers for Disease Control to make information like symptoms, prevention, treatments, and testing centers readily accessible on Search, Maps, and YouTube.

To slow the pandemic’s spread in a way that communities could see, they used a mix of $250 million in ad grants and direct funding to community-based organizations such as Stop the Spread, Team Rubicon, and Partners in Health to help high-risk populations get vaccinated.

“When we’re building products and tools, we always want to think—it’s not just about health information,” DeSalvo says. “It’s about whether it’s going to make a difference in people’s lives.”

After all, she says, just because you can make cool things doesn’t mean that you should. “We wanted to make things that were really going to matter,” she says. “That’s how you build trust.”

My childhood taught me there are a lot of single moms out there trying to make ends meet, and so, in my work, I always ask about them and other vulnerable populations: How can we make it easier?"

Growing up an underdog

DeSalvo is no stranger to crisis. She lived in New Orleans in 2005 when Katrina hit, and working on the front lines of disaster relief gave her insight into both the social determinants of health and existing inequities. While she loved being a doctor, she saw that many other factors went into the kind of healthcare people received—and that the best systems were created with a community, not for a community.

Six years later, as New Orleans’ health commissioner, one of her first efforts to help rebuild the city and whittle away at those inequities was a project to digitize the city’s health IT infrastructure. Under DeSalvo, New Orleans became one of the country’s earliest adopters of using electronic health records in community health.

DeSalvo’s commitment to addressing inequity started early. At Commencement in May, when she was awarded her second honorary degree from Suffolk, she told graduates of the Sawyer Business School that she’d grown up “an underdog” and that she identified personally with the struggle New Orleans faced. She grew up poor in Austin, “literally on a dirt road,” she says, the daughter of a single mom who instilled in her and her two sisters the importance of education, healthcare, and giving back, because, even as disadvantaged as they were, there was always someone who needed help.

“My mom was really resourceful and really strict about budget,” she says. “But the one thing she always spent money on was making sure that we got healthcare.” DeSalvo’s grandfather had died in New Orleans’ Charity Hospital, and her mother wanted better for herself and her children. “My childhood taught me there are a lot of single moms out there trying to make ends meet,” DeSalvo says. “And so, in my work, I always ask about them and other vulnerable populations: How can we make it easier?”

After high school, she set her sights on becoming a doctor but wasn’t quite sure of the path to get there. “All I had for reference was a medical TV show called St. Elsewhere, which was set in Boston,” she told Sawyer Business School graduates. “So I thought, ‘Well, I’m going to go to Boston because that is where doctors are made.’ I was quite naive, but it turns out my instincts were spot on.”

She got a state job working in Boston’s McCormack Building, across the street from Suffolk, where she eventually enrolled for her undergraduate studies because it allowed her to get an education while earning the money she needed to pay for it. At Suffolk, a number of professors told her she showed real promise, which helped her believe that, in fact, maybe she did. She created an independent study that combined biology and government affairs with a focus on Africa because she was interested in global health. “I wanted to put unusual things together, and I had a lot of good encouragement to do that,” she says.

One of her most meaningful experiences came during her junior year, when she spent a semester in Africa. “It taught me to think about how my background as a white person from the West affected how I saw people and situations, and to consider that maybe there were other things going on.

“I learned that if I wanted to understand, I had to be open. That has helped me, as a physician and as a public health leader. And it’s definitely helping me now, as I’m trying to think about the world and be open to how others think.”

The right information, the right tools

The pandemic is not over, of course, and DeSalvo’s role continues to evolve. It’s not all outward-facing work, either: As part of Google’s new global crisis response team, she is now helping to ensure the health and well-being of Google’s employees and extended workforce, whether they are working from the office or home. “I’ve learned that as the community goes, we go,” she says.

And she’s continuing to take lessons from experience. Post-Katrina, she worked to put the city back together. At the same time, she recognized the opportunity to entirely reimagine how things worked and who they worked for. That same understanding—that crisis can create opportunities for lasting change—will drive her work at Google as the world moves through the next phases of the pandemic. COVID-19, like Katrina before it, helped her clearly see the change that needed to happen.

Much of that change centers around reducing health inequities in the U.S. and abroad. The world view she learned from her mother means it’s “not only what we can do for ourselves that matters, but what we do for the world in which we work and operate,” she says. “That sounds so Pollyanna, but COVID-19 heightened my appreciation for the need to build responsibility around creating equity for our information, our products, and our community work.”

That includes continuing to provide direct funding for vaccines and vaccine messaging to low- and middle-income countries. To ensure there are no gaps in the supply chain, Google is leveraging Cloud solutions to help pharmaceutical companies track discrepancies between searches for vaccines and vaccine availability; they also provide geospatial data and travel times to identify “vaccine deserts.” And they continue to target hard-to-reach communities to provide accurate information on vaccines and variants. Google is also working to ensure rural and community health centers show up on Maps and to create new search tools for accessing care that include telehealth and in-person options, as well as various levels of coverage, including Medicaid. “We want to make sure that we’re helping smaller organizations know how to put up the right information and do it with equity in mind,” she says.

In a world that seems ever more divided by the day, DeSalvo has faith that, by working together, companies like Google can empower individuals and communities to do the same, banding together to defeat COVID-19 and keep each other safe. “To make change, you have to equip people with the right information and you have to ensure that they have the tools to act on it,” she says. “And everybody has to have a hand. And examine their own cultural baggage.”

She’s encouraging her team to do that every day. “I tell them, when you’re sitting in a meeting, you have to ask, is that partner or tool or device going to help eliminate health disparities, or is it going to aggravate them? We want to use digital technology to eliminate health disparities in the U.S. and then eventually everywhere. That’s a lot of people, but it’s a key part of our values. And I think we can do it.”