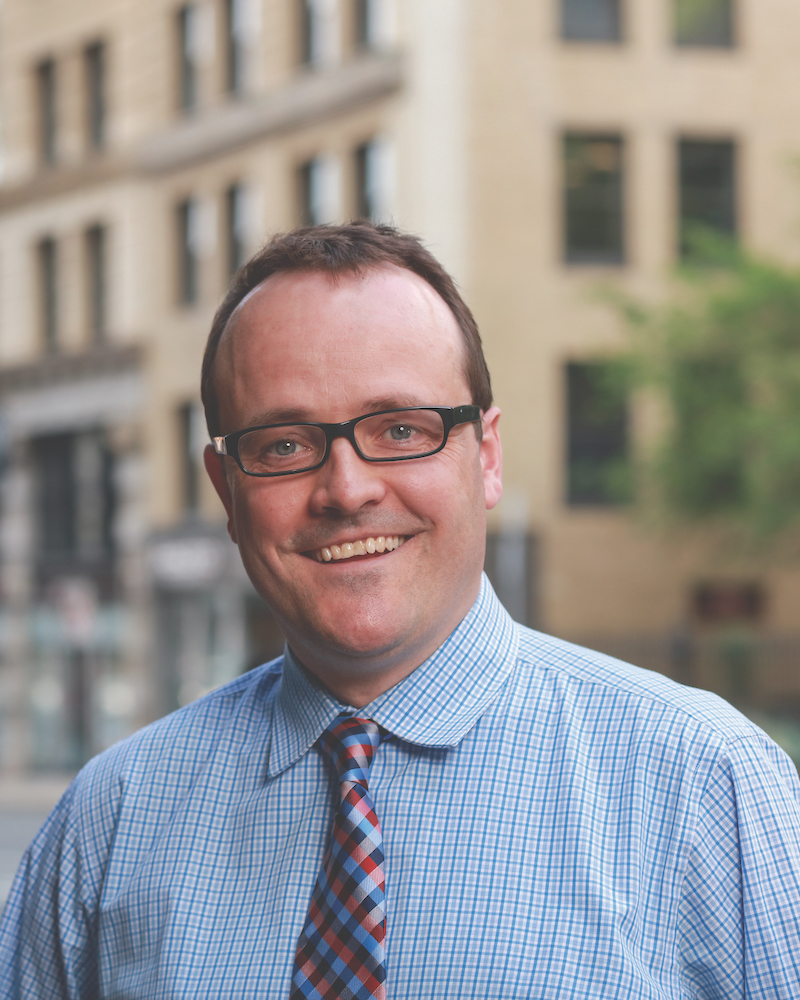 As the author of The Rise of the Republican Right: From Goldwater to Reagan, Political Science & Legal Studies Professor Brian Conley has studied plenty of GOP politicians.

But former President Donald Trump is, he says, a case study unto himself—a leader who defied traditional principles of governance without paying a penalty among his supporters. While Trump lost his reelection bid to Joe Biden, Conley points out that “his popularity among Republicans never dipped below 90% during the fall election.”

To better understand this resilience, Conley—an expert on political marketing who published a well-regarded 2018 study of Trump’s first presidential campaign—examined how the president’s 2020 campaign relied on “inverted populism” to galvanize his base.

Unlike in traditional populism, which challenges those with more economic or political power, Trump targeted groups with less power, says Conley, and spread disinformation about them using what scholar Yochai Benkler has called a “propaganda feedback loop” made up of like-minded politicians, media, and voters.

“In more open, ‘reality-check’ information systems,” Conley says, “the media is more likely to perform a critical fact-checking function that discourages the use of disinformation by politicians and social media users.” By contrast, in a propaganda feedback loop, “it doesn’t matter if your claim is accurate as long as it conforms to your audience’s ideologies.” Ideologically inconsistent information “is either ignored or punished.”

Conley used the open-source platform Media Cloud to analyze more than 190,000 print and online news stories in order to explore how Trump’s statements about two relatively powerless (if politically charged) groups—antifa and socialists—were covered in the media and how that coverage influenced public opinion.

Following the May 2020 murder of George Floyd and the start of nationwide protests against police brutality, Trump began an escalating series of attacks on antifa, the decentralized movement of far-left groups who oppose white supremacy and neo-Nazis. By the November election, Conley documented, Trump had issued 23 White House statements, 30 campaign emails, eight texts, and 49 tweets about the group, labeling its members “killers, terrorists, arsonists, anarchists, thugs” who will “ruin the suburbs” and “attack your homes if Joe’s elected.”

Coverage of antifa spiked across the entire media spectrum, says Conley, but conservative outlets like Fox News, the Daily Wire, and Breitbart led the way with more than 24,000 stories, many of which echoed the president’s inflammatory tone. That coverage was greatly amplified on social media. By October, according to a Roper poll, 72% of Americans said they were familiar with antifa, and Republican support for Black Lives Matter had dropped by 21%.

“Trump really understood that he could craft a narrative based not on fact, but on what people want to hear,” Conley says.

Such narratives are highly seductive no matter what your politics are—yet people also have a strong aversion to being misled, Conley notes. To break closed feedback loops, he offers the same advice he gives his students: Keep learning. Keep questioning. Consult multiple sources (preferably bylined). And put facts first, even when—especially when—they challenge your personal ideologies.

“There is so much complexity in the world,” he says. “It’s a real disservice to suggest there are easy answers.”