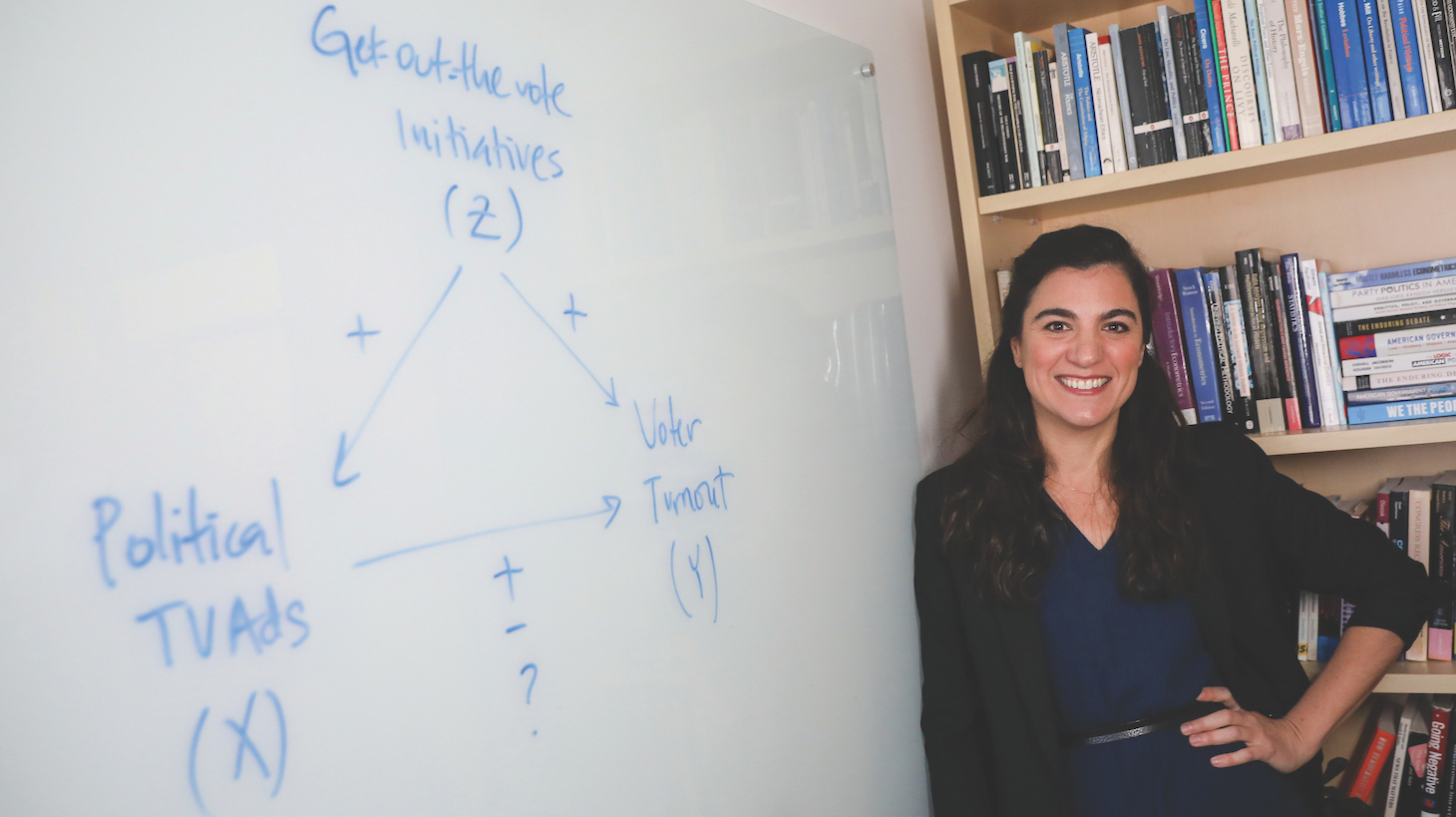 For Political & Legal Studies Professor Elena Llaudet, the often-difficult task of sorting out truth from misinformation and “fake news” can be boiled down to a numbers game.

Llaudet has made it her mission to convince the often math-averse students in her Data Analysis and Politics course that numbers are not the enemy. Instead, they can be a powerful ally in the war against misinformation.

“Everyone can become comfortable with numbers if they take the time to practice and are shown how numbers can help us make sense of the world and inform our decisions,” she says. “It is in the process of answering substantive questions, by analyzing real data, that students in my class learn statistics.”

Virtually every complex issue confronting society—COVID-19, climate change, election integrity, criminal justice reform, to name just a few—is subject to a deluge of misinformation, especially on social media. The flood of falsehoods can have dangerous consequences for democracy and public health.

To help illuminate the truth behind these complex issues, Llaudet brings real-world examples into the classroom, making connections between data and current events. Each class begins with a question: How does Russian media affect Ukrainian politics? Who voted for Brexit? Who is the most likely candidate to win an upcoming election? Llaudet then teaches students how to analyze real data to answer these questions and identify potential misinformation.

This past semester, the class analyzed data from the initial clinical trials of COVID-19 vaccines, looking to estimate their effectiveness and identify gaps in the data, such as a lack of information on how pregnant people and those under 16 might react to them.

Politics, philosophy, and economics alumnus Ben Holden, BS ’20, recalls approaching Llaudet’s course with some apprehension. But by the end of the semester he was shocked to find that he not only thrived in the course—he actually found it fun.

“If you put in the effort, you quickly discover this is something that makes total sense,” Holden says. “It has sharpened my ability to separate legitimate scientific fact from spin and fiction.”

Laudet couldn’t agree more. “Being able to truly understand data empowers people to make up their own minds,” she says, “from deciding whether to take a vaccine to choosing whom to vote for.”