The Middle Ground is Closer Than We Think

In an "Us vs. Them" era, Tim Phillips, BS ’83, HDHL ’18, remains an uncompromising believer in our capacity for change. 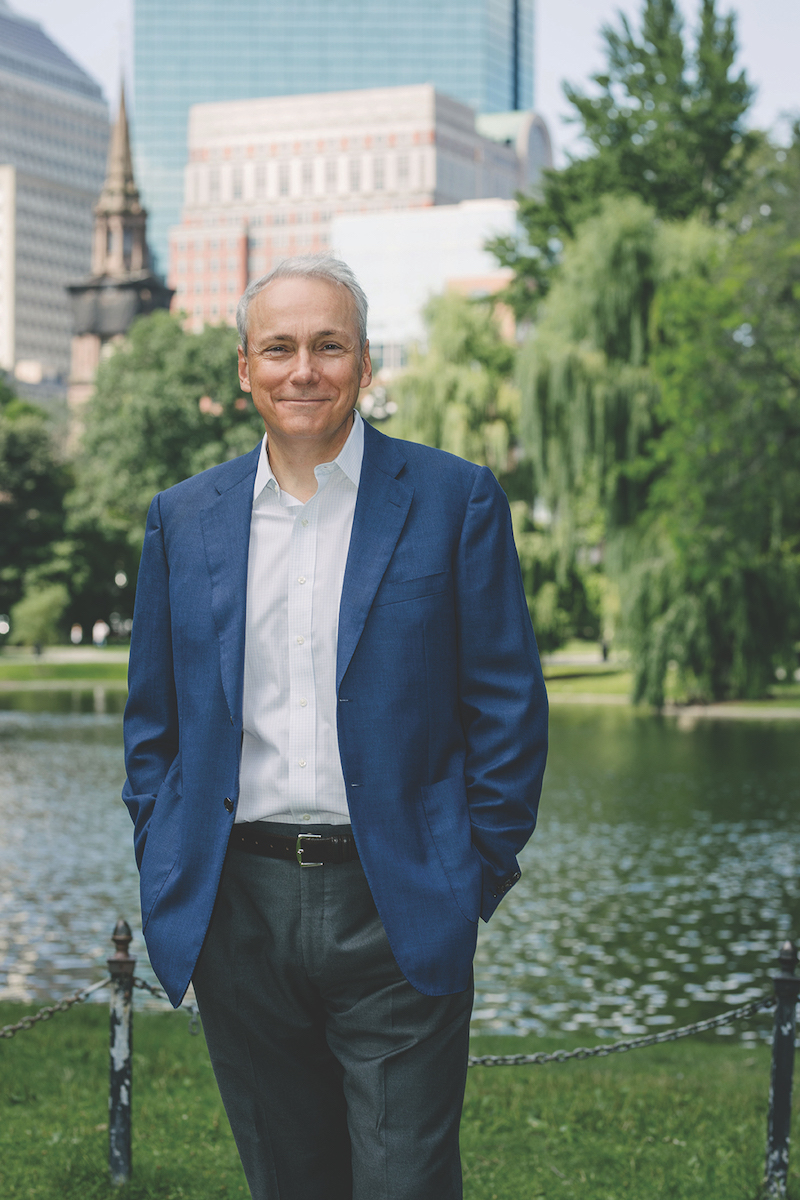 How can America begin to mend its deep political divides?

Don’t start by trying to talk it out. Don’t focus on what divides us. And whatever you do, don’t force people to compromise.

Surprising because, for the past three decades, Phillips and his colleagues have helped scores of profoundly polarized societies, from South Africa to Northern Ireland, find ways to talk and work toward meaningful compromise—and healing.

In many ways, the past 30 years have prepared Phillips and his organization to do just this kind of work here in the U.S. “But it’s also a lot more difficult when it’s your own home,” Phillips concedes. “We are at a moment in America where there is a real potential for transformation, but also the risk of deepening fragmentation.”

In his work abroad, Phillips frequently asked leaders whose countries had emerged from conflict to mentor those still struggling to find a path to peace. Now he finds himself turning to his international partners for advice and encouragement.

“A friend from Guatemala told me that in a deeply divided nation where there is no trust, bringing people together to have dialogue without first laying the groundwork is a mistake, because they don’t have any muscle memory of listening to one another,” he says. “We don’t listen to understand. We listen to defend a position.”

Lesson one: Before Americans can begin to talk about what divides us, we have to learn how to really listen.

Name the issue, and Americans can disagree about it.

But look more closely, says Phillips, and you’ll find tensions run deeper than any one issue.

As he told Suffolk graduates when he was awarded an honorary doctorate in 2018, the biggest driver of conflict in the world is “the experience of being marginalized, humiliated, and treated with disrespect for who you are as an individual or as a group.”

Phillips has worked closely with leading neuroscientists like Emile Bruneau and Samantha Moore-Berg of the University of Pennsylvania for the past decade to understand the psychological factors that contribute to polarization. Building on this work, Beyond Conflict published “America’s Divided Mind: Understanding the Psychology That Drives Us Apart” in June 2020, during the thick of the rancorous presidential election.

Their findings were both alarming and encouraging. Even before calls to overturn the election and the invasion of the U.S. Capitol, growing numbers of Democrats and Republicans viewed one another “less as fellow citizens and more as enemies who represent a profound threat to their identities.”

Yet Beyond Conflict’s national surveys also showed that Americans are not nearly as divided as we think we are, even on charged issues like immigration and gun control. We also significantly overestimate the degree to which members of the other party dislike us.

As loudly as we may disagree, says Phillips, we all share what he calls “a biological necessity to feel understood, as we see ourselves. And when we feel heard and respected, we experience a real cognitive shift. We no longer feel under threat, and we can begin to think and act more rationally.”

Lesson two: When we stop demonizing those we disagree with, we can start to re-establish trust and find allies across our divides.

Nobody said it would be easy

Still, polarization is a very hard habit to break—especially, notes Phillips, when politicians exploit it for their own gain.

“There are days when I see people on both the right and the left get locked into positions of outrage, and that just shuts people down,” he says. “We are facing profound structural challenges like racism and economic inequality, and changing them requires real human agency. If you don’t allow people the capacity to change, then all you do is create resistance and deepen those divides.”

Yet Phillips has watched fiercely divided countries find that capacity for change—and for compromise. As South African President Nelson Mandela worked to bring his country together after apartheid, he would stress that it was important to be “tough on the system, but not on each other,” Phillips says. And he says his work on the Northern Ireland peace process taught him that compromise is possible when “opposing sides realize they can only protect what is sacred to them when they respect and understand what is sacred to those around them.”

Compromise doesn’t mean defeat, says Phillips, when it enables us to move forward. “If we want a democracy that works, we have to develop that together. Our surveys show that Democrats and Republicans are closer on key issues than they think they are. We don’t have to give up our beliefs. We just need to realize that the middle ground is closer than we think.”

Lesson three: The middle ground is still there, waiting to be found—if we are willing to move toward it.