The pandemic hurt low-wage, hard-working employees—and showed employers it doesn’t have to be that way 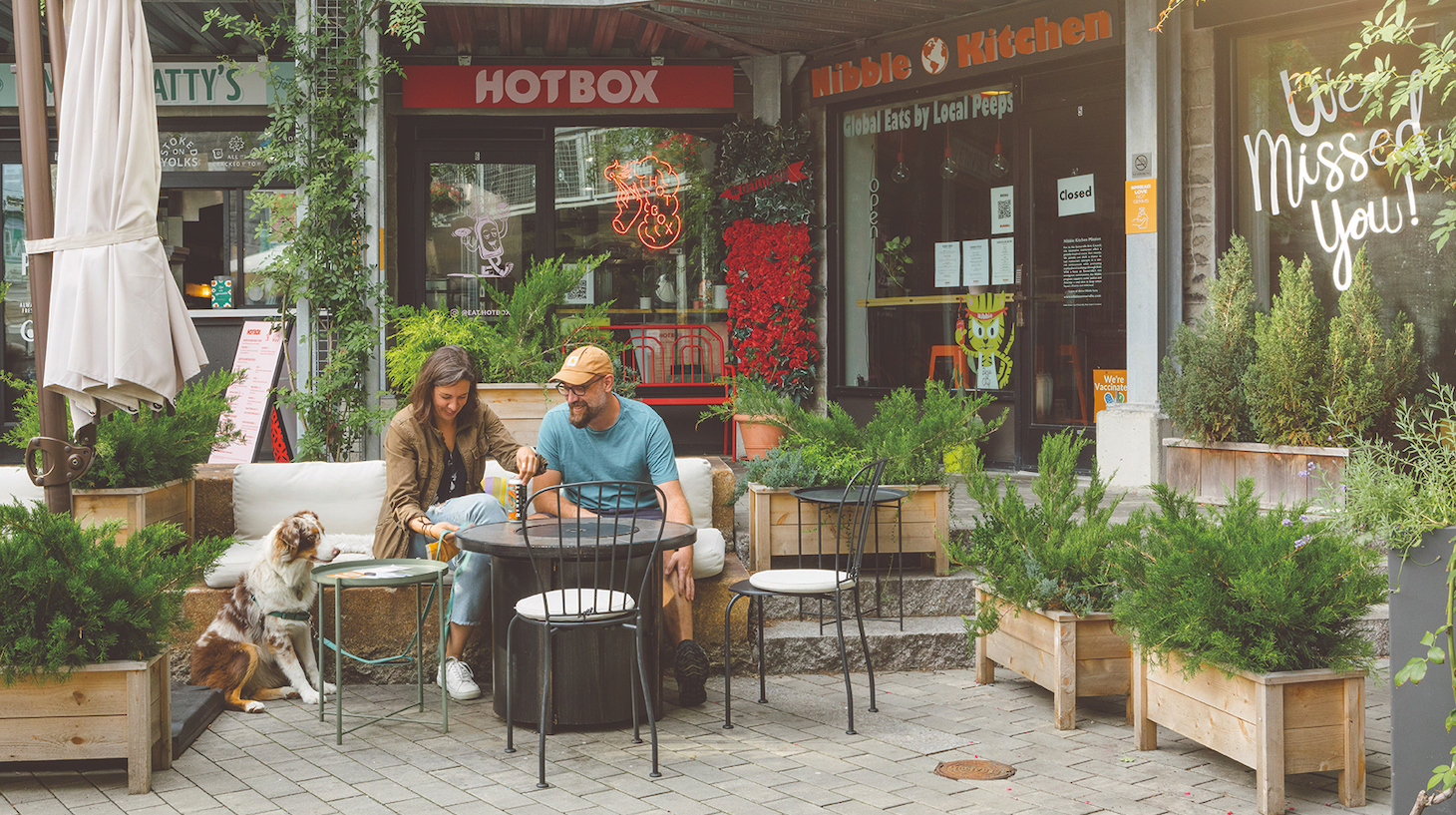 Greg Garrison, chef-owner of Prohibition in Charleston, South Carolina, realized something was wrong when his business partner called him in for a lunchtime meeting, then offered him a drink.

Over a bottle of Doc’s Cider, he learned their company would be closing indefinitely. Garrison, BA ’09, also oversees the kitchen at the group’s second restaurant in Savannah, Georgia. He sipped the cider while he planned how to tell his staff their jobs were gone for the foreseeable future.

Garrison recalls thinking of the 100-plus employees he needed to furlough, “How is each one of these people going to respond? How am I going to let them know that I care about them, and that this is not an easy decision to make?”

For Eric Papachristos, BSBA ’98, MBA ’99, the quieting of footsteps clued him into the looming crisis. The streets of Boston’s Financial District, home to the restaurateur’s flagship, Trade, were near-empty. Papachristos ended up laying off more than 550 employees across nine restaurants he owns or co-owns with luminary chef Jody Adams.

Ania Zaroda, BS ’08, was just about to open a second location of her breakfast and lunch spot, Mike & Patty’s, at a brand-new food hall in downtown Boston. Two weeks before High Street Place was slated to open in March 2020, the governor announced that Massachusetts restaurants had to temporarily close to stem the spread of a novel coronavirus.

More than a year later, the state of emergency is finally lifted. Things look very different for these entrepreneurs, but their restaurants are all still standing. They are among the survivors: More than 110,000 establishments permanently closed in 2020, the National Restaurant Association reported in December.

Business, however, is not the same, and it remains to be seen how the industry itself will settle. All three of these Suffolk alumni are using lessons learned in 2020 to guide the future of their companies.

Garrison’s establishments were closed for roughly six months. He and his business partners used the time to renovate and rebrand their Savannah restaurant. Replacing a second location of Prohibition after a pandemic disrupted two years in business, Repeal 33 debuted in August 2020. With considerations like social distancing in mind, it’s a brighter and more open lounge than its dark and cozy predecessor.

“It was a way to reinvigorate ourselves while we had all this downtime, and also be excited to reopen again,” Garrison says.

The name plays off the original concept—“like, repealing Prohibition,” Garrison says—but there’s a contemporary parallel, too. “A lot of people are saying that this could be another Roaring ’20s,” he notes.

This past summer was certainly lively at Prohibition and Repeal 33. Foot traffic at restaurants throughout the country has been steadily rising since January 2021, and while much of Garrison’s pre-pandemic staff have returned to work, it hasn’t been enough. “We’re turning [customers] away every single day,” the chef says.

The industry lost 3.1 million employees in 2020, according to the National Restaurant Association, and many don’t seem to be coming back, according to restaurant owners struggling to hire across the country. “Our industry’s having an enormously difficult time finding staff,” Papachristos says.

Myriad factors contribute, from employees’ health concerns and childcare needs to the availability, until recently, of government benefits and a desire by many employees to move on from low-paying, often onerous jobs.

As he is able to hire and train enough people, Papachristos has reopened his restaurants one by one. Meanwhile, he’s embracing new technology, such as online ordering and waitlist tools, which can help things run efficiently.

The public needs to understand what the hospitality industry is up against, Papachristos says. After “going through the wringer” of the shutdown and restrictions, restaurateurs face continued rising costs. He notes that the cost of beef, for example, is up more than 30% from 2020. That means higher prices on the menu.

For his part, he’s moving ahead purposefully—and authoritatively. “It’s probably not the answer that one would think,” Papachristos acknowledges, but today’s business needs to leave less room for democratic decision making, he says.

Coming out of the pandemic, Garrison’s company has raised wages by $2 to $3 across the board. That cost is being passed onto consumers, but it hasn’t been an issue so far, he says. He is optimistic the “transient” workforce will eventually return, but says that restaurateurs need to get real about the exodus of experienced employees.

“One of the biggest takeaways out of all this is that when you have good employees, you need to take care of them before it’s too late,” Garrison says.

That’s a lesson Zaroda has learned as well. Her restaurants, which also include a Somerville pizzeria called Hot Box, employ about a dozen people. Unlike many restaurateurs, she was able to keep them all on payroll throughout 2020. Mike & Patty’s and Hot Box were both takeout-focused before the pandemic and were already set up for third-party delivery apps, doing 35% of their business through apps like Caviar and UberEats.

Zaroda has since begun providing paid vacation time, as well as cash and gift card bonuses. She also reconfigured her company’s leadership, adding director of operations and assistant roles to oversee training, menu development, and employees. “We wanted to make sure our staff has a job where they want to stay,” she says.

Not closing meant adapting her business model to meet the moment. For example, Mike & Patty’s began bottling its house mayo and baking its own English muffins. These readymade products were a convenient option in Mike & Patty’s location, an urban-residential area about a half-mile from a full-service grocery store.

In May 2021, consumer spending at restaurants eclipsed grocery store sales for the first time since March 2020. That’s welcome news for food service operators, but it remains to be seen how much the public’s dining-out habits really have changed.

That’s why innovations inspired by the pandemic are informing the future. This fall, along with the long-awaited opening of High Street Place, Mike & Patty’s will add a café and bakery in Newton, where it will produce bread for sandwiches across the company’s menus. Zaroda is also planning a new sit-down location of Mike & Patty’s in Boston’s Jamaica Plain neighborhood.

Papachristos, too, is in expansion mode. He hopes to open a few smaller locations this year of Saloniki, a fast-casual Greek concept. After a year of only providing takeout and delivery, Papachristos has realized that counter-service restaurants don’t need a large physical space.

Growing the company helps to retain employees, Garrison notes. Repeal 33 was funded with money his partners had saved and earmarked for new restaurants. Expansion plans that were in motion pre-pandemic are currently on hold, but if the recovery is sustainable, those conversations could start again, he says.

“I didn’t have a job as a part-owner of two restaurants by staying at the first restaurant I ever worked at,” says Garrison, who moved south after ascending to the role of sous chef at Boston’s famed L’Espalier. He knows that people who work for him now are just as ambitious.

“If I’m able to buy a house and own my own car,” Garrison says, “then the next step is, how can I pass on the success to people that work for me?” 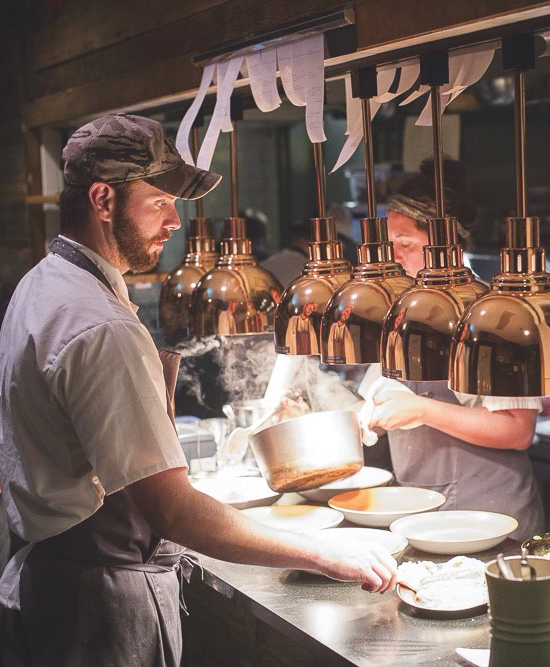