"The student leaders that came before me have mentored and supported me and showed me that kindness and hard work go further than anything else."

March 29, 2016: My Suffolk story began just over a year ago when I realized at the Accepted Students Showcase that this was the place for me.

Since coming to Suffolk, I have gotten involved, made friendships that will last a lifetime, and been inspired by my peers. I'm so excited for my story to continue and I plan to make a difference here. I always had big dreams; Suffolk has shown me that they are possible. I have met and connected with people in my field of interest, and that networking could one day lead to internships or job offers.

Living right in the middle of the city provides so many opportunities academically and professionally. I have already learned so much about history, culture, and other people by living in and walking around this city. I'm already so grateful for Suffolk, so I can't imagine how I'll feel in three years.

May 2, 2019: When I came to Suffolk, I was looking to get out of a small town and be part of a world much bigger than myself. I was looking for an environment where I wouldn't get lost in the fold, but I'd be supported and could do something. I felt comfortable at Suffolk and had a feeling that I would be able to learn and grow and do something here. Immediately I felt welcomed and quickly found a community. I saw what it was like to be a leader and was shown avenues that made it possible for me to help other people.

Being in Boston, I always felt like I could go farther and do more. And that is incredible for a student's experience—to never feel trapped and to always have the ability to try something else.

I joined the Student Government Association, which turned out to be the smallest step that has turned my journey into a momentous one.

Academically, I have learned and experienced more than I ever thought possible. I've worked with four live clients, including Major League Lacrosse. I've completed four internships and even become fascinated with SQL coding.

Traveling to Cambodia to volunteer with Habitat for Humanity and a school solidified who I am for me. I am meant to help others and be a part of work that is bigger than just myself. I am committed to always putting my community and the world before myself.

Overall, my experience has been so fulfilling because of the people I have met. From George Moker on day one telling us that it would be hard but it will work, to my marketing professors who have given me expertise and pushed me beyond what I thought I was capable of. The student leaders that came before me have mentored and supported me and showed me that kindness and hard work go further than anything else. More than anything, coming to campus has been my job but never felt like one. I have been constantly surrounded by friends, mentors, and the biggest support system I could ever dream of—and I know that isn't going to end.

I am grateful. I cannot even imagine spending the last four years of my life anywhere but Suffolk. 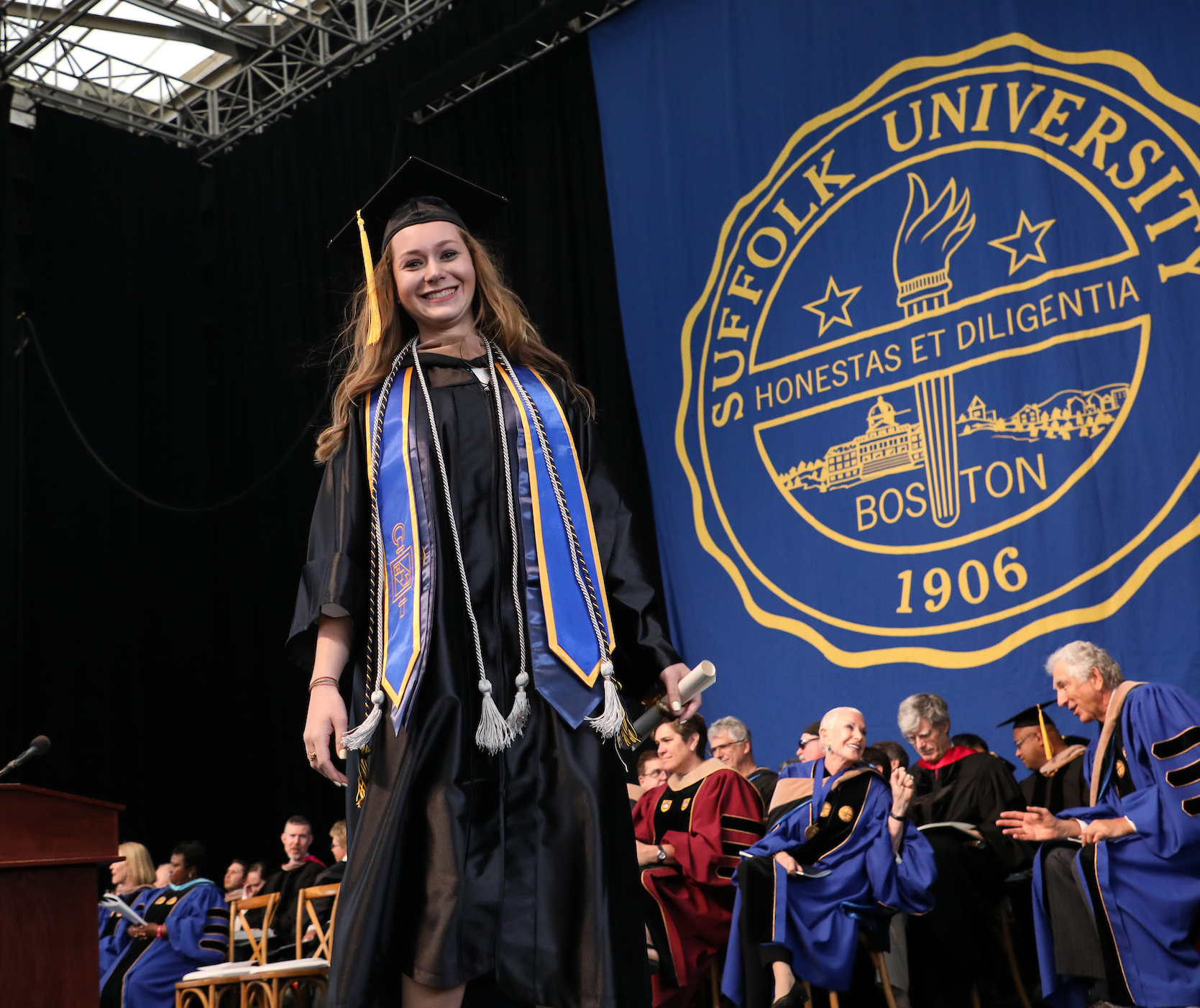