Taking On The Impossible

“[Going to Suffolk] was an opportunity that I had to take for myself, my friends, my supporters, and kids who were younger than me to show them that anything that seems impossible is possible with hard work.”

July 27, 2016: Kids where I'm from don't typically end up going to college. I'm the anomaly in my old neighborhood, but it’s still a place I call home.

After graduating, I was given the opportunity to attend Suffolk University. It was an opportunity that I had to take for myself, my friends, my supporters, and kids who were younger than me to show them that anything that seems impossible is possible with hard work.

I just finished “chapter one” of my four-chapter Suffolk Story. In just one year, I was given opportunities and participated in things that I could only dream of. I have been a member of seven clubs, won the "Best of the Best" award, met journalists in the business, and more. My Suffolk Story has just begun, and it will never end because I'll always be a member of the Rams even after I graduate.

May 18, 2019: I took on the impossible four years ago by coming to Suffolk University.

It’s been three years since I submitted my first Suffolk Story the summer before my sophomore year; now my journey has ended. A lot has changed. For starters, I now officially have a Suffolk Story—experiences and memories that will remain with me throughout my post-grad life.

Adieu to the great people I have met over the years. Goodbye to all of the club meetings every day Tuesday or Thursday. Farewell to the constant free clothing and food.

Now, the real impossible happens. Something that scares countless graduates each year across the country: the real world. Real life begins now. At this very moment, staying afloat in life is my priority. How do I navigate something this difficult?

Taking on the impossible by attending and graduating is cool and sweet. My new hope is having the ability to accomplish one more impossible feat: making my goals come to fruition.

Suffolk has been great to me. Coming here is a decision I do not regret. Doing so gave me opportunities to thrive in community, meet like-minded individuals, and so much else words can’t explain.

Taking trips with The Journey Program to Washington, D.C., and South Carolina to collaborate, socialize, and interact with students and people from other parts of the world was momentous. Everyone lives different lives. Because of the University, I’ve been fortunate to meet unique people from all across the globe, without ever needing to leave the country.

Suffolk’s also where I met A. Sherrod Blakely of NBC Sports Boston, an individual who played an indelible role in my evolution. We met my freshman year when he was a speaker at the Poetry Center, and I’ll never forget how I made sure I was in that room at that time.

During his presentation, I made my presence known. I asked most of the questions, and after he was done, I thanked him and went to work networking. Four years later, he’s become someone I tell everything that I’m up to journalism-wise.

Joining The Boston Globe my sophomore year as a sports correspondent. Heading west to The Arizona Republic as a Pulliam Fellow during summer 2018, while making an appearance at the NBA’s Las Vegas Summer League. I’ve done a decent number of things at Suffolk and have been recognized for my efforts via online or awards.

Receiving the College of Arts & Sciences Student of the Year Award was a unique experience. Never once did I say, “I want to win the award.” I’m not entitled to a single thing; knowing people selected me made me feel like a professional athlete winning MVP.

As with everyone else, the question is: “Where will Clevis Murray be by 20–?”

The impossible is doing enough to rise above the millions of other college grads. Will everything I have done in the past elevate me?

We’ll see. The future is fascinating. 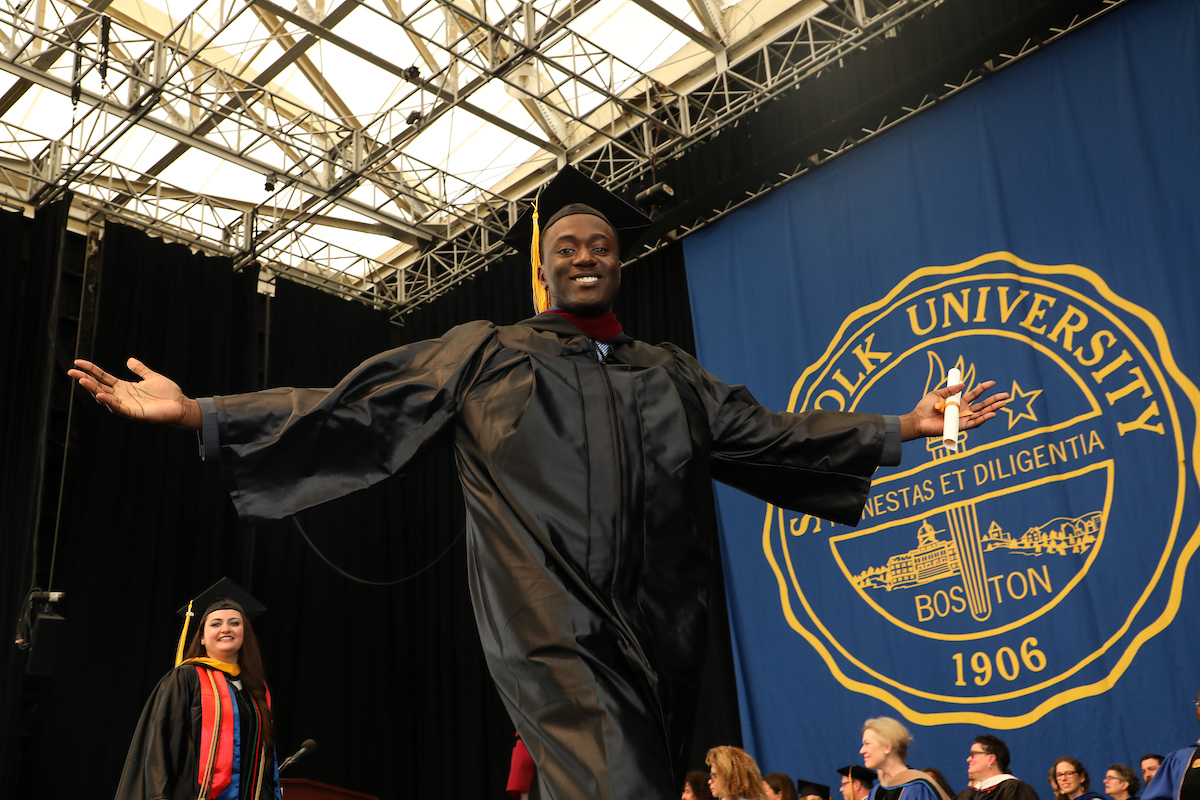