Nick McCurtin has always been intrigued by scientific research and its role in helping people face health challenges.

In keeping with his interest, McCurtin focused his senior thesis on chemical biology, searching for a medicine to treat cystic fibrosis, for which no cure has as yet been found.

Although his particular findings may not cure the disease, McCurtin, Class of 2020, found his efforts rewarding.

”My research makes me feel inspired that I’m part of a community of scientists that work hard to uncover mysteries of disease to make a difference in the lives of others,” he said. 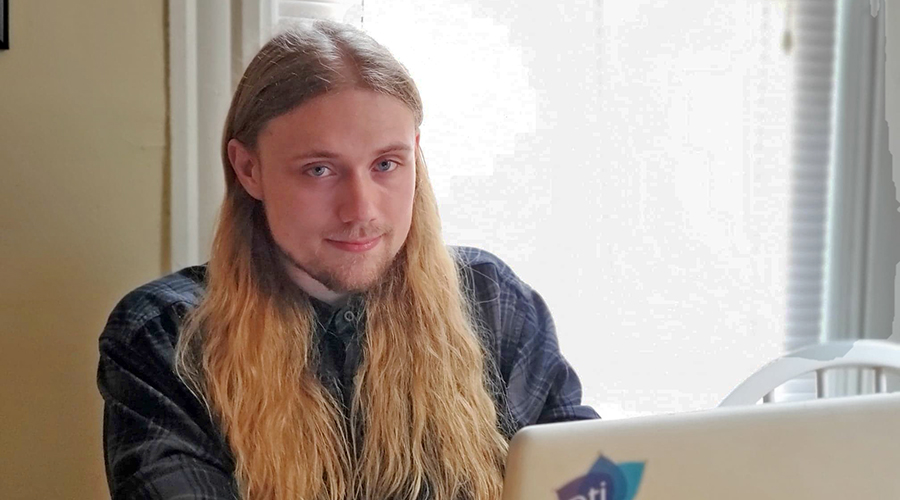 McCurtin’s research targeted the CFTR, or cystic fibrosis transmembrane conductance regulator, protein found in human cells and focused specifically on mutant variants of the protein that are associated with the genetic disease.

His thesis work centered on a novel compound and the response it generates in CFTR-mutant human cells. He discovered that CFTR activity “appeared to improve,” according to electrophysiological data.

Working for the greater good

“Nick has always impressed me with his perseverance,” said Professor Lauren Nolfo-Clements, chair of the Biology Department and McCurtin’s academic adviser. “He is someone who has found his path.

“He has really flourished as a scientist, especially after he fully realized what a scientist is—someone who makes discoveries for the greater good.”

Experience outside & inside the classroom

McCurtin, a biology major, applied his Suffolk education in a real-world environment by working at an area biotech firm while in college. His responsibilities there included performing cell culture and data analysis and assisting principal scientists by implementing standard protocols.

“This is where I would see the principles and theories of what I learned in my organic chemistry classes come to life,” he said.

McCurtin has been accepted into the chemistry PhD program at Tufts University, and he feels ready for his post-graduate education.

“With my academic background, I definitely feel confident that I have the skills to accept any challenge that comes my way,” he said.