Nancy Kelleher
Michael Clarke    Getty Images
Faculty encourage citizens and students of all ages to explore and record the world around them
A teacher in Tasmania was the first to alert astronomers to a previously unidentified celestial body near our solar system: a brown dwarf, which is an object that falls between the spectrum of giant planet and small star.

The discovery came days after the launch of NASA’s Backyard Worlds citizen science site and shows the power of ordinary people to support scientific discovery.

Other amateur scientists are counting birds, measuring the brightness of the night sky, and helping to preserve bumblebees.

As part of the citizen science movement, CUES has engaged in a number of related projects, ranging from students creating a training program for Neponset Valley Watershed Association volunteers to working with a schoolteacher and her class on a gypsy moth study.

“Some people want to do science because they’re concerned about what is happening in the environment, and they want to have a positive impact,” says Hogan. “Some are naturally curious about the world around them.”

She sees a role for people who are not trained in science.

“People in the community have an understanding of science from the time they are children, “ she says, with scientific facts affecting every age group, albeit in different ways. For example, Hogan says it’s important for nonscientists to have enough information to decide whether to support policies, because they will have to live with the results of decisions such as whether to build a tall building. 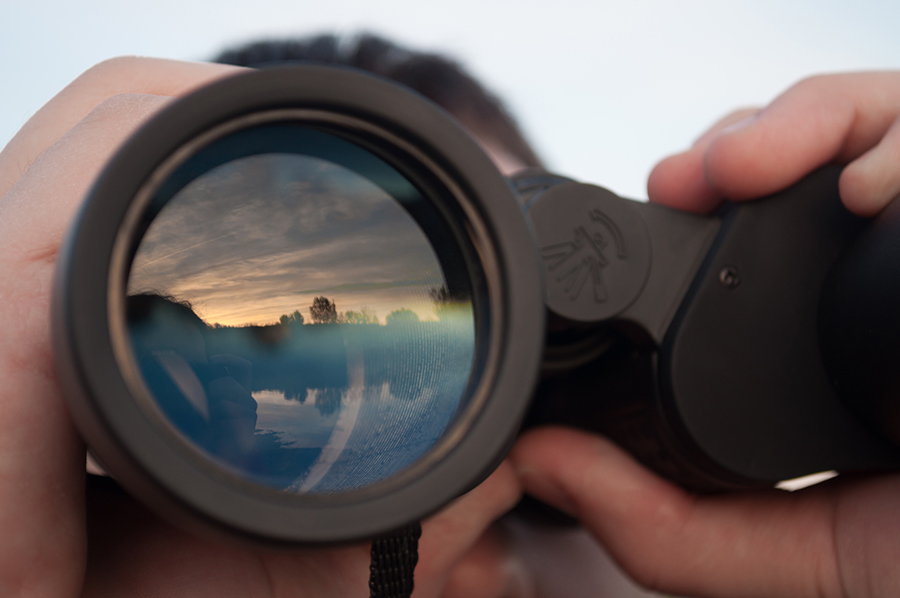 With the coronavirus keeping legions of children, teens, and adults at home, opportunities abound for those interested in joining a growing movement toward citizen science.

Tapping into powers of observation is more important than technical know-how, but a smartphone or computer opens doors to many projects, and most data are reported online.

Coming up soon is the City Nature Challenge, scheduled for April 24-27, according to Biology Professor Peter Burn. The challenge, which involves documenting nature in cities worldwide, was a competition when it was established in 2016. Due to Covid-19, the organizers decided this year “to reposition the activity as more of a backyard biodiversity study, rather than groups meeting in particular areas,” says Burn. Participants will upload photos through the iNaturalist app, and identification of species will begin April 28.

“For younger kids, the New England Aquarium is offering virtual visits, as are many local museums,” says Biology Professor Nadine Lysiak. She recommends Zooniverse for citizen science and humanities projects for a range of age groups. In her ecology and marine mammal science classes, Lysiak has directed students to the following projects

One of the oldest citizen science efforts was created to replace a traditional holiday bird hunt. The Audubon Society’s Christmas bird count was inaugurated on Dec. 25, 1900, and the data collected over more than a century have allowed conservationists to identify trends and develop protection strategies.


Visitors to the Boston Harbor Islands played a significant role in Biology Professor Lauren Nolfo-Clements’ study of island mammals. She created a survey sheet geared to nonscientists, and park rangers told visitors about the study and asked them to participate.

The impromptu opportunity to conduct citizen science was met with enthusiasm.

“People like the mammal survey, because people like furry things,“ says Nolfo-Clements. “Deer are the most-sighted mammals. They're big and noisy as they move through the brush.”

Between data submitted by island visitors, personal observation, and motion-activated cameras deployed in the off-season, Nolfo-Clements has collected more than 10 years of data, which, for a mammal like the mouse, which reproduces three times a year, adds up to 30-plus generations. Data show that the mice grew larger over time, an indication of “island syndrome.”

Noting that citizen scientists often marvel at the wild turkeys, Canada Geese, foxes and even deer living in or near the city, she says: "If you stop actively killing things, they do come back." 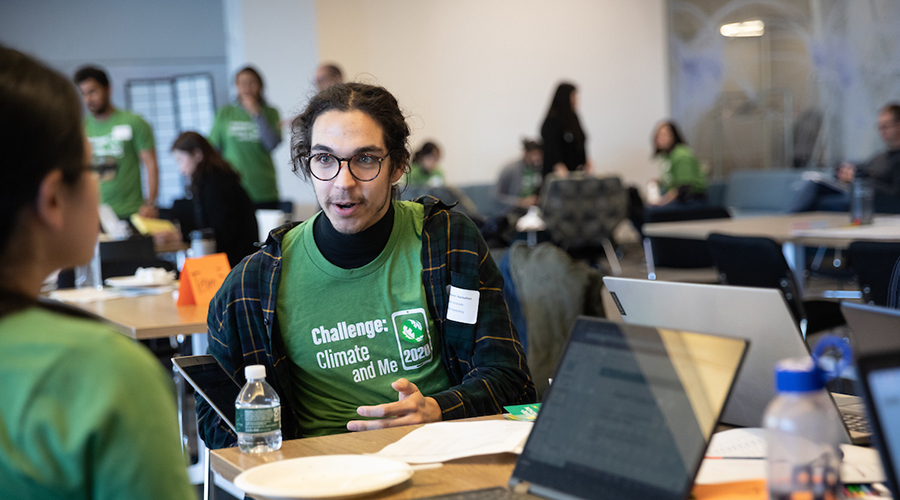 Students from across campus came together in February for a daylong Nature+ Hackathon, a collaboration among the Suffolk MBA program, the Sawyer Business School’s Center for Innovation and Change Leadership and the Nature Conservancy. Students responding to a survey chose “Climate and Me” as the theme, according to Marketing Professor Jane Zhu.

The goal was to increase awareness of climate challenges and to use business concepts and app technology to address them. The hackathon included preliminary research in communities, training in design thinking ,and development of concepts for apps that could then be developed by the Nature Conservancy tech team.


Both Hogan and Nolfo-Clements see communication as an important factor in encouraging citizen participation.

“There’s a wealth of curiosity about science,” says Hogan. “The barriers are more about how science is articulated. Scientists talk to one another in a way that a nonscientist can’t easily understand. What you need is scientists who can translate into easily recognized speech.”

For Nolfo-Clements, this extends both to designing precise questionnaires and to reporting the results. “You want to be able to explain findings to the average person and include information in the report that makes sense to the citizen scientist.”

What’s the Buzz? Researchers use drones to get a bird's eye view of marshland changes over time