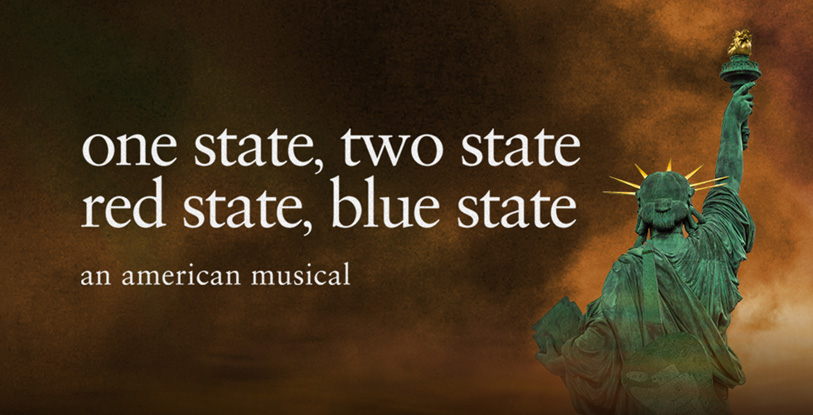 An uplifting, heartbreaking musical comedy about the volatile mix of drama and democracy in a nation divided by irreconcilable differences.

The musical features new songs in the indigenous American languages of folk, country, blues, jazz and Broadway. The story focuses on what happens when “Betty” and “Bill” – former lovers living on opposite sides of the country - rekindle their relationship after a long separation.

Democracy vs. Drama, withstanding the tests of time
The Suffolk Journal, April 6, 2018

Wes has served as Artistic Director of Theatre X in Milwaukee, interim Artistic Director of the Drama League of New York's Directors Project, Artistic Associate of Chicago's Organic Theatre and guest director-in-residence at the DARTS Subaru Theatre in Tokyo, Japan. He received the prestigious Bunka-cho grant from the Japanese Ministry of Culture which enabled him to study traditional Japanese theatre and music in Tokyo. He has directed or acted in over one hundred professional productions, almost all new works. He has written, co-written or adapted twenty-six plays including a musical based on the NPR show "Car Talk," adaptations of two novels by Alan Lightman, a full-length opera based on the life of Liberace and, most recently, "one state, two state/red state, blue state," a new musical about our divided nation inspired by Arlie Hochschild's "Strangers In Their Own Land," which premiered at Suffolk University. Wes is the Founding Director of The National Theatre of Allston, an independent initiative established exclusively for Suffolk students and alumni to transition into the professional Boston theatre. He has taught acting, directing, theatre history and dramatic theory at Suffolk University since 1999. Wes is a proud winner of the Outstanding Teacher Award at Suffolk. Wes received his BA at Dartmouth College and has subsequently collected graduate degrees at Boston University, Marquette University, and Northwestern University.