“My parents sent me to school at age two because I was already asking too many questions,” says Helina Dawit Yohannes. In her junior year at Suffolk University, Helina’s curiosity led her to a course-altering moment.

“I was finishing up some intense finals studying in the law library, and I walked by an event,” she says. “It turned out to be an internship fair, so I stopped in and started talking with the representatives from Historic New England.”

Stepping into the past

Historic New England was looking for a seasoned graduate student to take on an ambitious pilot project: collecting the oral histories of long-term residents in some of Boston’s first public housing developments. Working with staff from Urban Edge, an organization that manages several of the developments in Boston and provides services to the community, the Historic New England intern would interview several of the original residents of Academy Homes and Westminster Court.

Both developments were built in the 1960s to create affordable housing options in Boston’s Roxbury neighborhood. The residents have seen enormous urban and social change in the decades since — including school desegregation, a proposed highway expansion, and controversial “urban renewal” projects.

“We weren’t looking for an undergraduate, but we were blown away by Helina,” says Turino. “She’s smart, open, willing to listen, and she’s not shy. We needed someone with poise who could ask difficult questions tactfully.”

Helina, with her natural curiosity, was the perfect fit.

In Their Own Words: Wallace Tilford 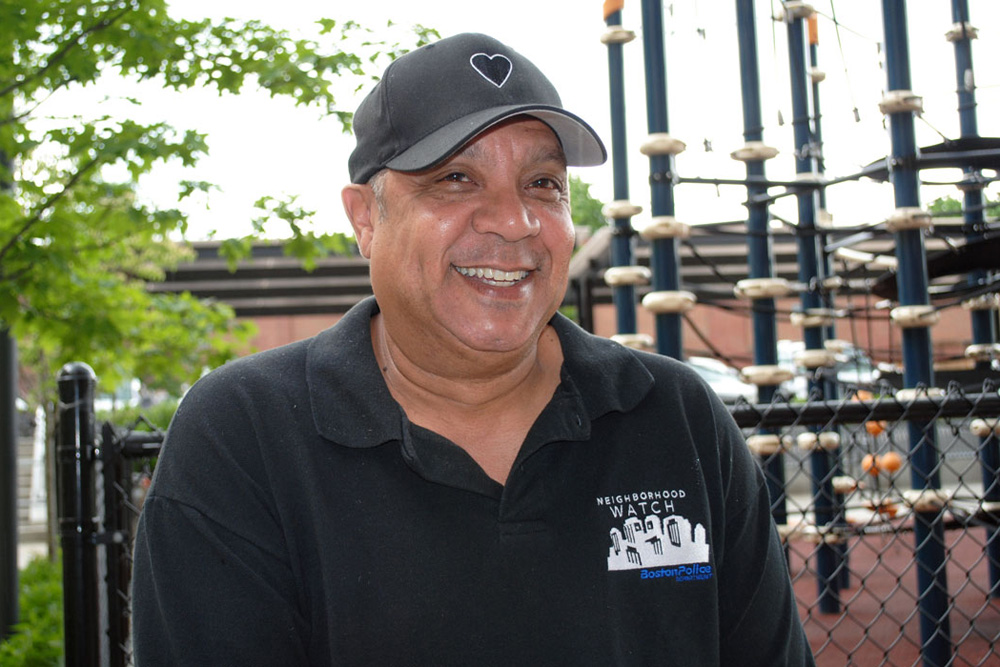 Wallace Tilford explains how what he calls “the Crack Era” (the '80s and '90s) adversely affected his community. Wallace served as a Community Service Officer for the Boston Police Department, which allowed him to see the community through the eyes of law enforcement. He adds that during the last fifteen years, the most distinct change has been gentrification. “We lost a lot. People [in Roxbury] lost a lot of opportunities because we lost a lot of jobs.” He explains how redlining (the denial of services to certain areas based on their racial or ethnic composition) created anger and frustration within the community. This boiled over into rioting in the 1960s, and the “white flight” of white Bostonians to the suburbs.

“Boston has had formidable leaders like [arts, education, and community advocate] Elma Lewis, who brought black causes to the forefront,” says Bob Credle, director of community programs at Urban Edge. “Residents in this neighborhood lived through and contributed toward important movements and changes in the city, such as protesting against highway expansion that would have fundamentally altered Roxbury.”

With introductions from Credle and a tape recorder in hand, Helina set out to collect the life histories of residents who’ve been in the developments for three times as long as she’s been alive. Some agreed to let her take photographs. All shared personal, even painful, details of their experiences.

One woman told the story of her son, swept up in the gang violence that roiled Boston in the 1980s, shot in front of their unit at Academy Homes.

Another shared the successes of her two children who attended school in better-funded districts through the METCO program and went on to college and professional careers. A third son whose asthma prevented him from participating in the program didn’t fare as well – he didn’t continue his education and faced harsher odds in life.

“That story showed me the power of one opportunity to make a lasting impact on someone’s life,” says Helina.

She provided the recordings and written interview summaries to Historic New England for posterity. So far three blog posts based on Helina’s interviews have been published – telling the stories of Beryl Harris, Frances Sims, and Wallace Tilford. The success of the pilot means the program will continue next summer, preserving an important part of Boston’s 20th century history.

In Their Own Words: Frances Sims 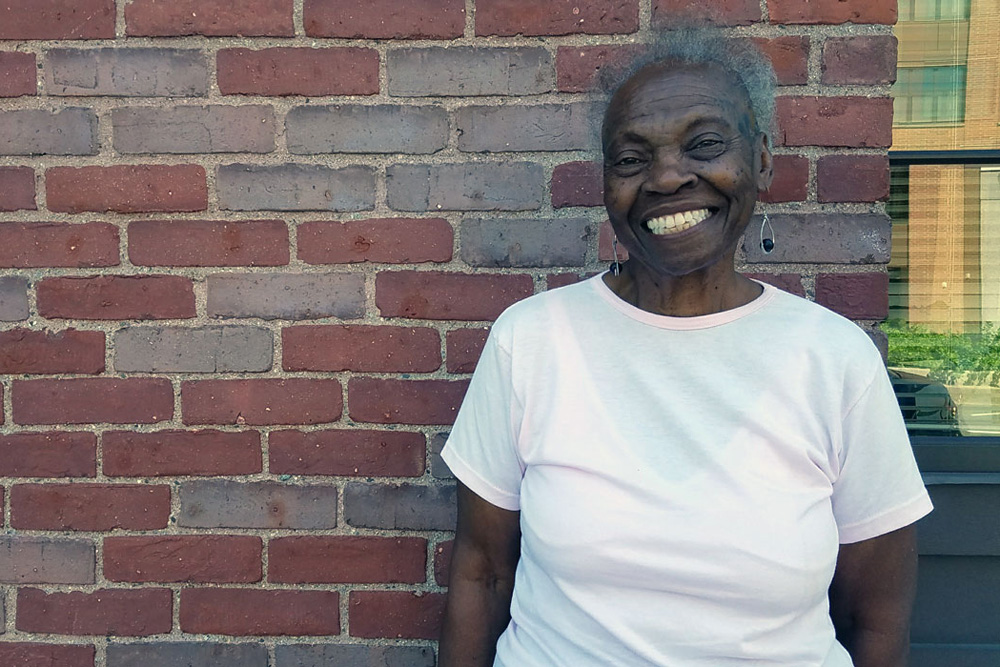 Frances Sims says there is a strong sense of community at Academy Homes. “A lot of places you go, people are arguing and whatever – we don’t have that here.” It is the residents who set the tone of where they live, she explains. “Some places you move to, people are kind of snobby. We don’t have that…. The people are friendly.” One thing that makes that apparent is the way in which residents look out for the youngsters who live in Academy Homes, Frances says. “If you see a child doing something wrong, or doing something where they may get hurt, you can speak to the child.”

A passion for problem solving

Born in Ethiopia, Helina moved to New York with her family when she was 10. After finishing high school she spent a gap year in Addis Ababa volunteering for World Wide Orphans, a non-governmental organization that provides quality education, health, psychosocial, and nutritional support for children living in extreme poverty.

“I worked with kids, teaching them basic English and providing support to the staff,” says Helina. “I saw firsthand how difficult it is to access quality education in Ethiopia. There’s a general lack of opportunity for students.”

The experience stirred her passion for advocacy and reform – and inspired her to prepare for a career in policymaking. As a Politics, Philosophy & Economics (PPE) major at Suffolk she learned to analyze complex topics in the context of ethics and justice, global market factors, and policy. Understanding how those elements interact helps students find nuanced answers to the world’s toughest questions.

As she looks toward graduation in May, Helina is reflective.

“The stories I heard during the Roxbury oral history project cemented my desire to be in the field directly,” she says. Now she wants to work with the people who are impacted by policies instead of operating in the abstract.

For Helina, that likely means returning to Ethiopia, to her first home and the place that crystallized her desire to serve others.

"My major  made me realize there are more branches to the tree than I thought. There are so many ways to help people if you know how to ask the right questions and then listen."

Helina studied the history of the housing developments, learning they were crafted by noted architect Carl Koch with thoughtful details meant to create community. The kitchens have courtyard views so stay-at-home mothers could watch their children play outside. Each apartment’s entrance is located inside the courtyard so residents’ paths would often cross.

Signage directs visitors to buildings within the Academy Homes development.

Every interview is recorded for archiving by Historic New England.