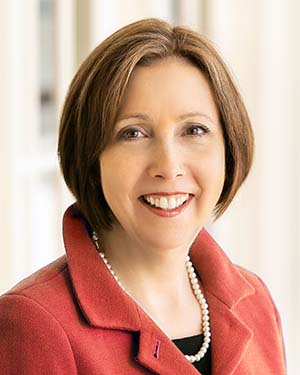 Dorothy Savarese, MBA’04, is chair and chief executive officer of Cape Cod 5, a financial institution she joined in 1993 as a commercial lending officer.

Founded in 1855, the bank has more than $3.4 billion in assets and employs more than 500 people throughout Cape Cod, the islands and Southeastern Massachusetts. Cape Cod 5 has been named one of America’s Top Banks to Work For by American Banker magazine and a Top Place to Work by The Boston Globe.

In 2020, Savarese was named one of the 25 Most Powerful Women in Banking by American Banker magazine, for the ninth consecutive year.

Governor Charlie Baker appointed her to the Massachusetts Economic Development Planning Council, formed in 2019 and made up of key business leaders, academics and health care representatives from across the state. Savarese is past chair of the American Bankers Association and the Massachusetts Bankers Association, and has served on the FDIC Advisory Committee on Community Banking. She also is known for her mentoring efforts, and has established a nationally recognized college internship program at Cape Cod 5.

Savarese has served on the boards of a number of local organizations, including the Cape Cod Regional Chamber of Commerce, the Cape Cod Symphony Orchestra, the Regional Employment Board of the Cape and Islands and the Housing Assistance Corporation. 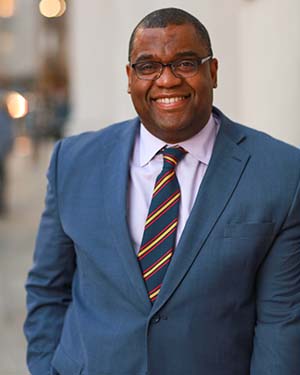 Serge Georges Jr., JD’96, has earned a reputation not only for legal brilliance, but also for the humanity he brings to his work as both a jurist and as an adjunct law professor at Suffolk University Law School, his alma mater.

When Governor Charlie Baker nominated Georges to the high court last fall, he noted that many lawyers considered him “their favorite judge—not because he gives them the answer they want, but because he knows the law, does his homework and treats everyone in his courtroom with dignity and respect.”

In addition to being only the fourth Black person ever to serve on the 328-year-old SJC, Georges is one of the few justices ever nominated to the high court from the district court level. The governor said that Georges’ “real-world experience on the District Court will improve the quality of the discussion and debate, and ultimately, the quality of the decisions that will be rendered.”

The son of Haitian immigrants, Georges grew up in Dorchester, blocks from the Boston Municipal Courthouse where he would one day preside. After graduating from Boston College and Suffolk Law, he spent more than 17 years in private practice, before then-Governor Deval Patrick appointed him to the city’s municipal court in 2013. From 2014 to 2018, he presided over the Dorchester Drug Court.

He is the third Suffolk Law graduate currently serving on the seven-member court, joining Justices Frank Gaziano and Elspeth Cypher.