The Suffolk University Gallery is the Art & Design Department’s main exhibition space. Located on the sixth floor of the Sawyer Building, the gallery presents exciting exhibits and related programs that reflect our increasingly visual and image-driven world. The gallery aims to engage the whole Suffolk community while adding to larger conversations taking place in Greater Boston's cultural arena. Exhibits of student work from all departments, as well as themed curated exhibitions, provide an important link between and for students, faculty, and visitors.

See a gallery of past exhibits below. 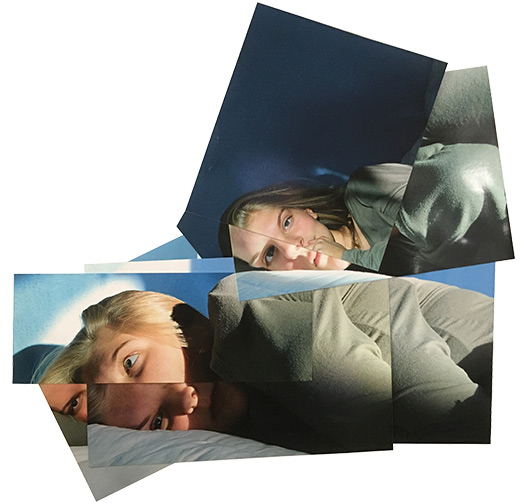 This show features student work from Art & Design’s first year Foundation program. Juried selections from courses including Drawing I and II, 2D/Color, Integrated Studio I and II, 3D Design, and Imaging will be included. The Foundation program instills visual thinking and communication fundamentals, and its courses are the common first step for Art & Design programs in Fine Arts, Graphic Design, and Interior Design.

Monday - Friday 11 AM - 3 PM and by appointment
For access beyond posted hours contact Deborah Davidson | 617-994-4283
Closed on university holidays and weekends.

Deborah Davidson is a curator, artist and educator. She received her MFA from the School of the Museum of Fine Arts/Tufts University and her B.A. from Binghamton University. She has been the director of the Suffolk University Gallery since 2013 where she continues to curate exciting exhibitions and programs, which engage the University community as well as adding to a larger conversation in the Boston cultural arena.

She is also part of the core faculty in the MFA program in Visual Arts at Lesley University College of Art and Design. Deborah was the featured artist in the 2005 issue of Agni, the BU literary magazine, her first published writing appeared there. Her work is in many private and public collections, including Yale University, Wellesley College, Boston Public Library, Museum of Fine Arts, Boston and the Houghton Library, Harvard University.

Deborah is founder and director of Catalyst Conversations, devoted to the dialogue between art and science. Her previous curatorial projects include The Book As Subject And Object, Northeastern University and Cannot Be Described In Words: Drawing/Daring, The Art Complex Museum. She has had solo exhibitions at the Danforth Museum of Art, Kingston Gallery, Oresman Gallery, Smith College and Nesto Gallery, Milton Academy. Awards include Finalist, Brother Thomas Fellowship, Artist in Residence, Northeastern University, and a Berkshire Taconic A.R.T. grant.

Ephemeral Artifacts: Remains of the Play, 2019