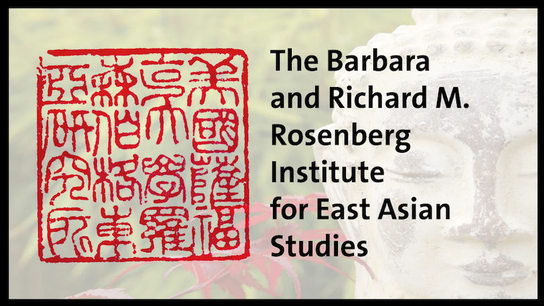 Welcome to the Barbara and Richard M. Rosenberg Institute for East Asian Studies at Suffolk University

The Rosenberg Institute was established at Suffolk University Boston in 2007. Its mission is to promote an awareness of Asian Studies to the Suffolk University community and to the general public of Boston and New England. We carry out this mission by offering a series of lectures by specialists on Asia. The lectures are open to all students, staff and faculty of Suffolk. The lectures are free and are also open to members of the general public.

In addition to the scholars, diplomats, and business executives who have delivered lectures at Suffolk; the Rosenberg Institute has also sponsored film showings, exhibitions and special events about Asia. Our visiting scholars at Suffolk who come from Asia to spend a year in residence, regularly give talks and join in panel discussions that have been well received by Suffolk students and faculty.

Over the years the Rosenberg Institute has been pleased to work with the various Asia-related student organizations on campus, to assist with their cultural programs and to encourage our students to study an Asian language.

Suffolk University is at the very heart of Boston, with the Massachusetts State House to one side of our campus, and the Boston City Hall on the other. Our campus is convenient to public transportation and easy to find, which has allowed most of our events to be well attended by members of the general public. The Rosenberg Institute has been an annual sponsor of the China Town Hall programs organized by the National Committee on United States-China Relations in New York City. We have been joined in recent years by WorldBoston, a non-profit group in Boston established in 1949 that also presents talks on international affairs for the public.

The Rosenberg Institute has a series of community outreach partners. These are local community groups that are involved with some aspect of Asia or with the Asian-American community. These include the Boston Chinatown Neighborhood Center (BCNC); the Chinese Historical Society of New England (CHSNE); Primary Source, a non-profit that promotes the teaching about Asia in New England public schools; and WorldBoston. We regularly cooperate with these organizations.

More information about the Institute and its founders, Barbara and Richard M. Rosenberg, can be found here.

Many of the Institute's special publications are available for review and download.