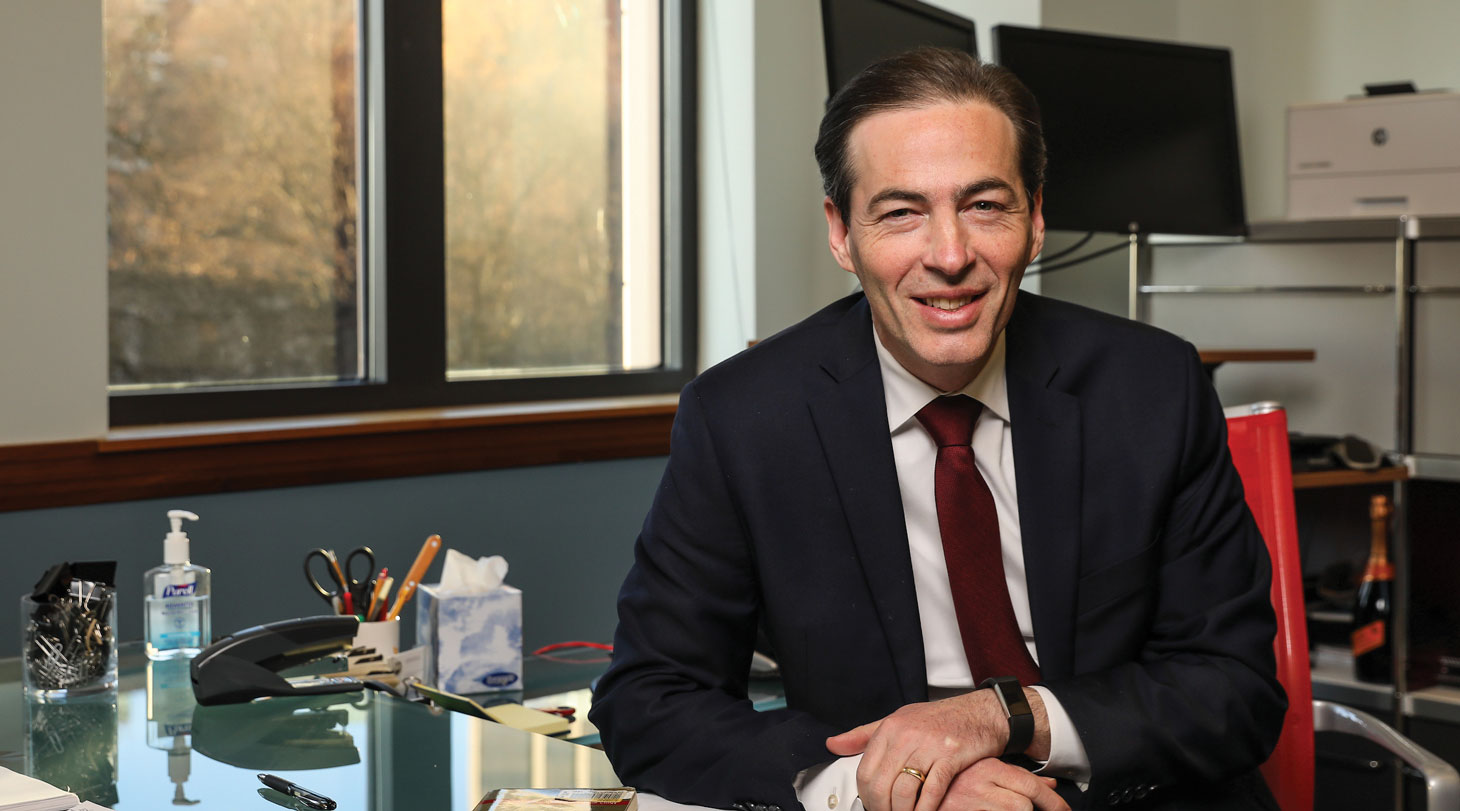 Lawyers from around the country came to the American Bar Association (ABA) House of Delegates meeting in Austin, Texas, in February 2020 with a controversial question at hand: Should states be encouraged to consider innovations in the regulation of legal services—alterations specifically designed to expand legal services to more Americans?

“The train is leaving the station. The ABA needs to be on that train,” Suffolk Law Dean Andrew Perlman told Bloomberg Law in an interview before the landmark vote on ABA Resolution 115.

The metaphorical train is the increasing number of states that are adopting innovations designed to address the access-to-justice gap—the large numbers, 80% to 90% in many states, of low- and middle-income Americans who face critical civil legal issues like eviction without a lawyer.

Resolution 115, which passed overwhelmingly, encourages states to try new ways to address the crisis. As one of the resolution’s primary drafters, Perlman, inaugural chair of the ABA Center for Innovation and the former vice chair of the ABA Commission on the Future of Legal Services, played a key role in the effort.

He recently answered some questions about his national advocacy effort.

What drove the need for the resolution?

We’re falling further and further behind in terms of addressing the public’s civil legal needs. The problem is that traditional solutions over the last several decades, including increased pro bono efforts by lawyers, additional funding for legal aid, and civil Gideon [providing a lawyer as of right to indigent clients in civil matters], have been insufficient.

We need new ideas, and a number of states are trying them. The resolution says: Look at those states, assess what they’re doing, and consider trying some new approaches of your own.

Did the resolution recommend any specific innovations?

The resolution doesn’t specify what types of solutions states should try, though states are experimenting with a lot of new approaches. For example, some are implementing ways for litigants to resolve their disputes entirely online; others are developing automated tools and forms of assistance for pro se litigants; and still others are adopting streamlined litigation processes.

Some states are also experimenting with new ways to regulate the delivery of legal services, including changes to the unauthorized practice of law, the creation of new categories of legal services providers [the legal equivalent to registered nurse practitioners], and the loosening of restrictions on lawyers’ abilities to partner and share fees with other kinds of professionals. For example, Arizona and Utah recently adopted major reforms in these areas, and other states are considering doing the same.

The resolution does not take a position on these specific innovations. Its intent is to encourage states to experiment with new approaches. Once we assess the data and see what works and doesn’t work, we’ll be in a better position to know which ideas are worth trying more broadly and whether it makes sense to recommend any changes to the ABA Model Rules of Professional Conduct and other model policies. In other words, the resolution encourages states to be the so-called “laboratories of democracy” when it comes to the access-to-justice crisis.

Is the passage of the resolution important?

Yes, because it puts the ABA on record as encouraging states to consider innovations, including regulatory innovations, in the delivery of legal services at a time when many states have started to consider and implement such changes. With the weight of the ABA behind the idea, more states are likely to follow suit. And, most importantly, my hope is that we will see fresh ideas about how we can best serve the public’s unmet legal needs.