Honoring the Memory of a Rising Star in Criminal Justice

By Kara Baskin and Janet Parkinson

Elected prosecutors in the United States are overwhelmingly white and male, according to the 2019 Reflective Democracy Campaign. Only 3% are men of color; and while 24% are female, just 2% are women of color.

As a Black assistant district attorney Sarita Wright Lucas JD’08 didn’t let those demographics constrain her. At Suffolk Law, Lucas interned at a corporate law firm but found her calling as a prosecutor after an internship in Boston Municipal Court. She became deputy attorney general with the Delaware Department of Justice in Wilmington, Delaware, which is ranked one of the most violent U.S. cities on a per-capita basis. A rising star, Lucas took more felony cases to trial in 2013 than any other prosecutor. She was named head of the Wilmington Trial Unit in 2014, becoming one of the youngest attorneys to head a criminal unit, trying homicides, assaults, and other violent crimes.

Tragically, she died that same year of pregnancy-related complications.

In her memory, Lucas’ mother, Wanda Geer, established the Sarita and Claire Wright Lucas Foundation (SCWLF) in 2015 to support other Black women who want to pursue careers as prosecutors—a step toward making those demographics more representative of the U.S. population.

To that end, the SCWLF grants $5,000 scholarships to Black female law students to cover the cost of preparing for and taking the bar exam in four states. “If you go into private practice, usually the firm will cover many of these costs, if not all of the cost—but people who want to go into public service are on their own financially,” Geer says.

A second $5,000 employment incentive is available if recipients become prosecutors. In its first five years, the SCWLF has granted scholarships to 11 Black women.

Although the foundation has focused on the Mid-Atlantic region, it will launch a paid summer internship program in 2021 with the Suffolk and Middlesex County District Attorneys’ Offices, with preference given to Suffolk Law students.

“Sarita wanted to make a difference in the justice system, as a woman of color, for victims. She was really just so passionate about it. We wanted to honor that,” Geer says. 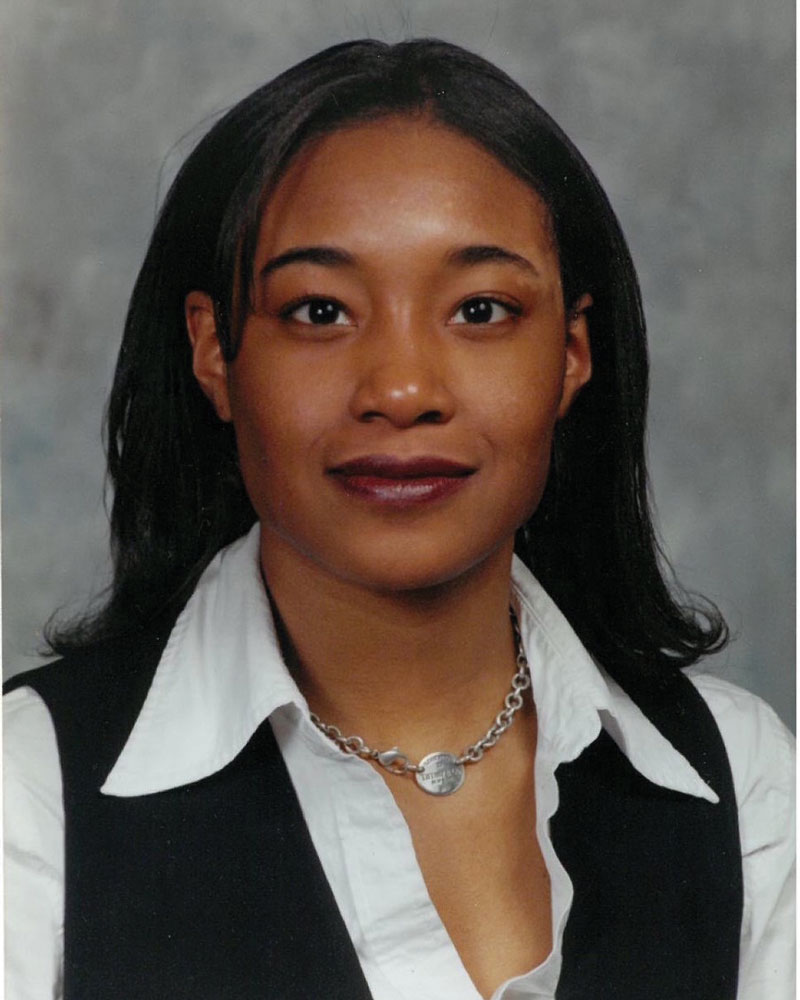 Courtesy of the Sarita and Claire Wright Lucas Foundation