Michael J. Nicholson is the mayor of Gardner, Mass. 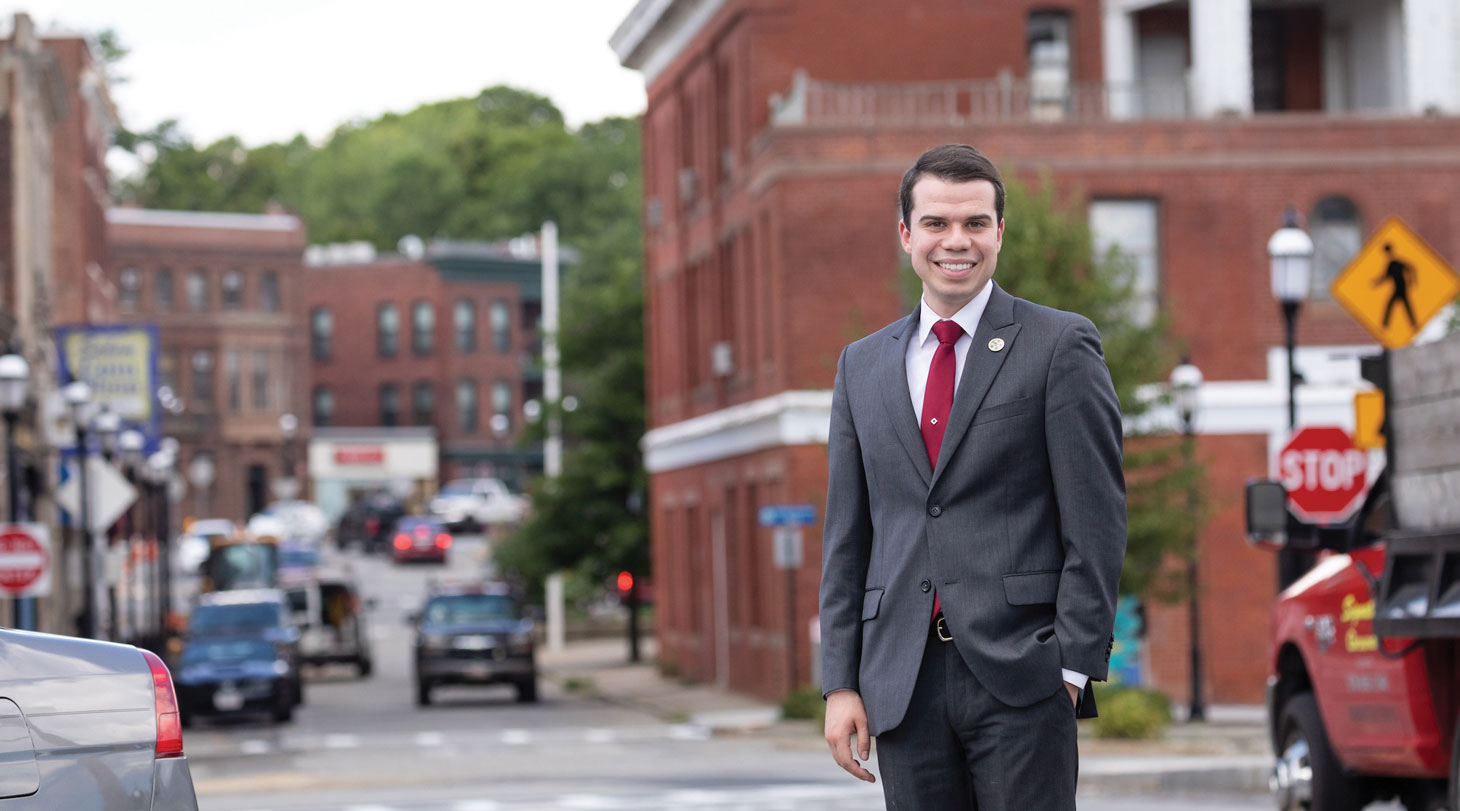 As Suffolk Law students navigate law school, there’s a lot to think about. For some, there are work responsibilities, babies to feed, parents to care for. Michael J. Nicholson, Class of 2021, is only 26 years old and running a small city. He was elected mayor of Gardner, Massachusetts, this summer.

Since his election, he’s been working through all manner of thorny problems, including a truncated $70 million city budget-planning process and making an educated decision about how the state would likely fund cities despite its own pandemic-related budget challenges.

Nicholson and Gardner’s school superintendent worked through four separate plans required by the state to get the city’s students back to school safely this fall. Gardner, a city of about 20,000, lies 57 miles west of Boston. By charter, the Gardner mayor serves as chair of the school committee.

As part of the city’s hybrid schooling model, Nicholson proposed the city start off with two weeks of remote learning for all students. “That two weeks up front allowed us to see how other districts were faring, what mistakes or blips were happening, so we could avoid those. It made the learning curve a little less steep,” he says.

It’s no surprise that he’s been thinking back to lessons from his favorite Suffolk Law professors, including Judge Serge Georges, Jr. JD’96 and Professor Anthony Polito. “I’m responsible for managing the procurement process for the city,” Nicholson says. “Professor Polito helped me see the whole system, how we got to the process that we use to set a city’s excise and property tax numbers.”

Nicholson’s Government Lawyer class included some equally politically minded students who ran for office in Massachusetts—for example, 33-year-old Meghan K. Kilcoyne, Class of 2021, who was elected state representative for the 12th Worcester District. Another classmate, 31-year-old Michael J. Owens, Class of 2021, served for four years as a town councilor in Braintree. And another Suffolk Law student, John J. Cronin, Class of 2022, was elected state senator for the Worcester and Middlesex District.

Before becoming mayor, Nicholson served as town administrator of Rutland, Massachusetts, and as top aide for then-mayor of Gardner, Mark Hawke.