Sharing Can Get Complicated 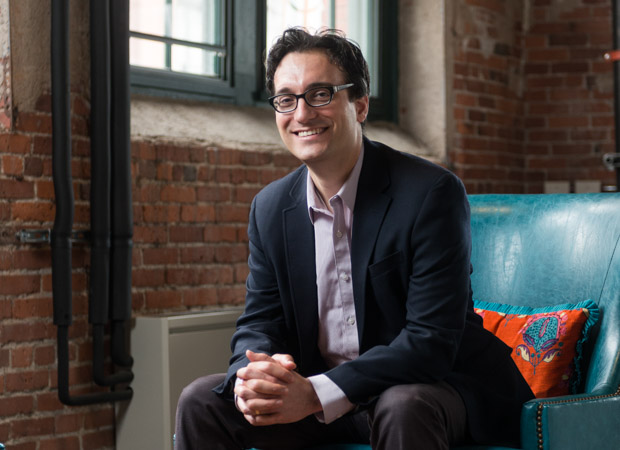 For 20-somethings, it’s pretty hard to remember life before the sharing or platform economy.

Services like Airbnb, Lyft, Uber, Etsy, TaskRabbit, Handy, ZipCar, LendingClub, and more have revolutionized the way consumers spend money, both online and offline. And the implications for our society, politics, and economy are still just beginning to reveal themselves, according to Suffolk Law Associate Professor John Infranca.

Infranca is one of the editors of a new anthology, The Cambridge Handbook on the Law of the Sharing Economy, which explores how a number of disciplines are grappling with innovations. Infranca’s background in property law, land use, and local government all intersected to drive his interest in exploring the topic in depth.

“I’m interested in the transformative effect the sharing economy has on cities on a very fundamental level: how people live, work, eat, and travel in cities,” he explains. Millennials are increasingly forgoing car ownership, as well as other kinds of ownership, he says, instead accessing those goods via the sharing economy as a way to reduce costs.

Infranca and his co-editors were first approached to write a book on the topic but decided instead to compile a multidisciplinary anthology.

“We found there was a lot of interesting literature on the sharing economy from a number of different disciplines: state and local government law, employment law, tax law, anti-discrimination law, privacy law—we wanted to publish a book that would pull all those conversations together,” he says.

“A lot of the sharing economy is predicated on exploiting inefficiencies in urban markets—many of which are due to regulations,” Infranca says. “Uber thrived in part because most cities had an undersupply of taxis, with fixed prices—but they were able to avoid regulation by not defining themselves as a taxi service.”

That regulatory sidestepping can both help and hurt consumers. For example, Airbnb may provide you a cheaper rate than a hotel and a nice source of additional income for the person renting out the space, but it can also increase housing and rental costs in your neighborhood.

It’s not an easy balance to strike, and policy makers have historically struggled to keep up with the pace of change, Infranca says.

The book includes chapters that explore efforts to curtail discriminatory practices in the sharing economy, which has been a serious problem on some platforms, Infranca says.

“There have been various studies on both the homesharing [e.g., Airbnb] and also ridesharing platforms that show it’s fairly rampant—you have people being discriminated against based, for example, on their last name,” he says. The platforms have been reluctant to take too much responsibility for addressing discrimination, Infranca says, and the law is struggling to catch up.

Although companies have taken on initiatives to address these concerns, those efforts often fall short, says Infranca. “Part of this comes down to enforcement capabilities. There’s a complication raised by the nature of the communication on these platforms, as well as the small scale of the transactions,” he explains. “It can make it fairly hard to enforce discrimination laws in the way that you might be able to against a large hotel chain.”

THE FUTURE OF SHARING

Infranca acknowledges it’s difficult to forecast the future, but he does have two major predictions for the sharing economy over the next 10 years.

The first is increased tensions between local and state governments. Infranca points to Austin, Texas, where city councilors passed a regulation requiring fingerprint checks for all drivers contracting with online rideshare platforms. The move, decried by Uber as intrusive, prompted the company to pull its services from the city.

But the company didn’t stop there. It pushed for a popular referendum at the city level to overturn the regulation; when that failed, it lobbied state legislators to enact a statewide law to negate the regulation. Uber ultimately succeeded.

Local governments will continue to argue that sharing platforms create distinctly local challenges that they should have the power to respond to. Uber and Lyft, for example, contribute to traffic by pulling riders away from transit systems—which are already chronically underfunded and need those riders, Infranca says. As more data is collected, local governments will be in a better position to empirically address both the effect of homesharing on rental prices and the degree of congestion caused by ridesharing services. Infranca’s second prediction relates to automation. He says that may not be as far off as you think.

“I expect local transportation to become radically altered as carpool-style rideshare services become more prevalent, but especially as we move in the direction of autonomous vehicles,” he says.

“Public transportation in the city will be transformed—perhaps for the worse—but I think patterns of living in cities are going to change radically in the coming years.”