Past All Rise Events

All Rise celebrates Suffolk Law’s rich history of successful alumnae and their ongoing contributions to the legal field. In honor of International Women’s Day, join us for the second part of our alumnae panel discussion titled Grit & Grace: Leadership, Inclusivity and Change. Our discussion will feature distinguished Suffolk Law alumnae – trailblazers and leaders – who will share lessons in leadership that support inclusion, advance racial and gender equity, and leverage diverse thinking.

This program is an extension of our November event ("Rise Up, Speak Up, Lift Every Voice”) and is the official launch event of Suffolk Law’s Diversity Week.

Hon. Marcine S. Anderson JD'84 has served as an appointed and elected judge with the King County District Court (KCDC) – West Division – Shoreline in the state of Washington for eight years. She currently hears civil and criminal calendars in Shoreline and Seattle. When she was sworn in on March 12, 2010, Judge Anderson became the first woman and the first Asian American to serve as a district court judge at the Shoreline District Court. Judge Anderson’s previous experience includes working for the King County Office of the Prosecuting Attorney and the Massachusetts Bay Transportation Authority and clerking for the Hon. Joyce London Alexander in the U.S. District Court of Massachusetts. Judge Anderson received her Juris Doctorate from Suffolk University School of Law, and her B.A. and a Certificate in Ethnic Studies from the University of Oregon. In 2004 she was sworn in as the first Asian American member of the Board of Governors of the Washington State Bar Association (WSBA). She served for ten years on the Advisory Board of the award-winning WSBA Leadership Institute. Judge Anderson currently is on the board of the Japanese American Citizens League – Seattle chapter, is president of the William L. Dwyer Inn of Court, and vice-president for Programs, National Asian Pacific American Bar Association (NAPABA) Judicial Council. 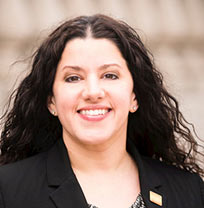 Jessica A. Massey JD'03 is an Assistant United States Attorney for the U.S. Department of Justice, where she represents the United States in the investigation and prosecution of complex, transnational narcotics trafficking, firearm, and gang‐related offenses. Prior to her current role she was Senior Associate Counsel at Walmart Inc., where she conducted legally privileged compliance investigations around the world and provided daily legal advice to Walmart’s Global Ethics Department. Jessica has held numerous leadership positions in legal and civic organizations including the Boston Bar Association, the Massachusetts Bar Association, the Women’s Bar Association of Massachusetts, and the Association of Latino Professionals for America (ALPFA). She was the 2014 President of the Massachusetts Association of Hispanic Attorneys (MAHA), and continues to serve on MAHA’s Advisory Board. Jessica is the current Chief Compliance Officer of the Hispanic National Bar Association (HNBA). Jessica received her Juris Doctorate from Suffolk University Law School and her B.A. from the College of the Holy Cross. She has been recognized repeatedly for her leadership and volunteerism, was named a Top Latino Lawyer in the U.S. by Latino Leaders Magazine in 2017 & 2018, and received a Young Hispanic Corporate Achiever Award from the Hispanic Association on Corporate Responsibility in 2018. 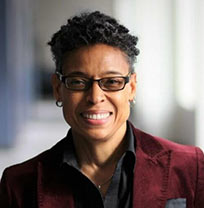 Tara Spann JD’95 is the Chief People & Strategy Officer for MENTOR: The National Mentoring Partnership, where she is responsible for developing people, processes and strategies with a focus on ensuring that MENTOR’s greatest asset – its staff – is best positioned to achieve ambitious organizational goals. Previously, Tara served as the Head of Diversity & Inclusion for Eversource Energy where she led strategy development and execution for Diversity & Inclusion. In previous corporate Diversity & Inclusion leadership roles, Tara was the Director, Global Economic Inclusion & Supplier Diversity for Merck & Co. Inc., the Associate Director & Executive Lead, Supplier Diversity for Bristol-Myers Squibb and Executive Director, Diversity Initiatives for Staples, Inc. Tara earned a Juris Doctorate from Suffolk University Law School and a B.S. in Electrical Engineering from Northeastern University. She has been featured in numerous publications and has been the recipient of and responsible for a multitude of prestigious Professional and Diversity & Inclusion Awards. 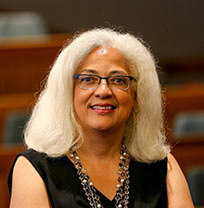 For questions about this event, please contact Alison E. McManus, Associate Director of Alumni Relations & Annual Giving, by email or at 617-305-6354.

Virtual Awards Ceremony & Rise Up, Speak Up and Lift Every Voice Alumnae Panel

All Rise’s 2020 alumnae panel discussion explored solutions and efforts to advance racial and gender equity and justice in the legal profession. Suffolk Law Black alumnae — trailblazers and leaders — highlighted the collective and individual actions we can all take to build a more inclusive industry and profession.

Sponsorships are tax-deductible and will help subsidize tickets for student attendance. A portion of all sponsorships and donations will benefit the Professor Catherine T. Judge Scholarship at Suffolk Law School. An award from The Catherine T. Judge Scholarship will be made to one or more students who are in good academic standing and who are in their third year of the day division or their fourth year of the evening division at Suffolk University Law School.

We are excited to announce this year’s awardees: 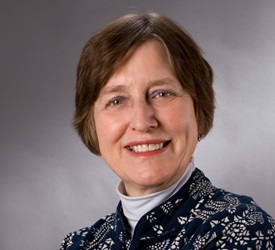 Professor Epps has also taught at Boston University Law School, Brandeis University, and the University of San Diego School of Law’s programs in Paris and Mexico City, and has served as co-director of Suffolk Law’s summer program on international and comparative law in Lund, Sweden. She has lectured on human rights for the International Bar Association in Dubai and on international law for the UMKC–Suffolk Continuing Legal Education Program in Oxford, England.

Professor Epps is an accomplished scholar and publisher. In August 2019, her most recent book was published: International Law 6th Edition (Carolina Academic Press 2019 with Cerone and Roth). 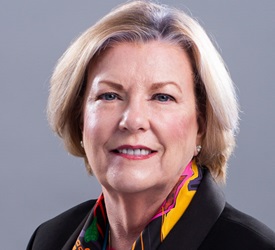 Judge Feeney is a neutral for JAMS, which provides mediation, arbitration, and neutral evaluation services in complex disputes worldwide. In this role, she has successfully facilitated settlements in multi-party mediations in a number of bankruptcy cases and adversary proceeding disputes. She was a United States bankruptcy judge for the District of Massachusetts for over 26 years, serving as its chief judge from 2002 to 2006. She served as a member of the United States Bankruptcy Appellate Panel for the First Circuit for 24 years and as its chief judge from 2015 to 2019. Judge Feeney is the co-author of Bankruptcy Law Manual and The Road Out of Debt.

A fellow of the American College of Bankruptcy since 2005, she currently serves as a vice president and member of the board of directors, bankruptcy. Judge Feeney is a past-president of the National Conference of Bankruptcy Judges and has served that association in numerous capacities. From 2016 to 2018, she was the business manager of The American Bankruptcy Law Journal. Judge Feeney is a founder and co-chair of the M. Ellen Carpenter Financial Literacy Project and was a member of the International Judicial Relations Committee of the Judicial Conference of the United States (2006–2012). She also was the founder and co-chair of the District of Massachusetts Bankruptcy Court’s various public outreach initiatives. She is a member of the American Bankruptcy Institute.

Judge Feeney is a frequent panelist and lecturer on bankruptcy law topics in Massachusetts and across the country. Her most recent accolades include the Boston Bar Association’s 2018 Charles P. Normandin Lifetime Achievement Award, the 2018 National Conference of Bankruptcy Judges Excellence in Education Award, and the 2019 American Inns of Court Bankruptcy Inn Alliance Distinguished Service Award. Prior to her appointment, Judge Feeney was an associate and partner in the Boston law firm Hanify & King, P.C., a career law clerk to the Hon. James N. Gabriel, US bankruptcy judge for the District of Massachusetts, and a partner in the Boston law firm Feeney & Freeley.

The first All Rise: Uniting to Advance Women and the Future of Law event took place on November 15, 2018 at the Boston Park Plaza. This event honored and recognized our distinguished law alumnae community.

The celebration began with a multigenerational panel discussion moderated by Carol Starkey and featuring alumnae sharing their experiences and how they have been able to rise above challenges and achieve professional success. Following the panel, a fundraising dinner commemorated and celebrated distinguished alumnae from across the country, and Judy Perry Martinez, American Bar Association President-Elect delivered the keynote address.

Fundraising proceeds from this event benefited the Catherine Judge Memorial Scholarship. Known as the "grande dame of Suffolk Law," Catherine T. Judge JD ’57, LLM ’60 served as the Suffolk University Law School Registrar from 1955–1967. In 1967, she became the Law School's first female full-time teacher and the first female full professor in 1974. She served on the faculty until her death in 2006. Annual awards are made to one or more students who are in good academic standing and who are in their third year of the day division or their fourth year of the evening division at Suffolk Law.